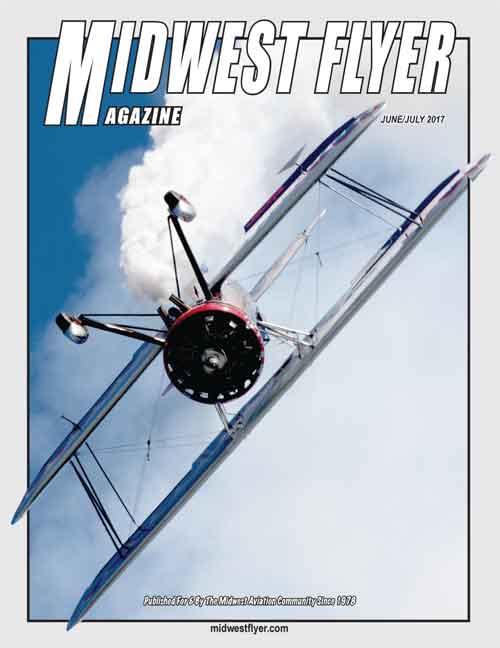 In the summer of 1989, aviation publisher Dave Weiman presented the Bill Barber Award For Showmanship to Jimmy Franklin during the performers appreciation banquet at the Quad Cities International Airshow in Davenport, Iowa. Twenty-eight years later, Franklin’s son, Kyle, will receive the same award during ceremonies at EAA AirVenture Oshkosh 2017. 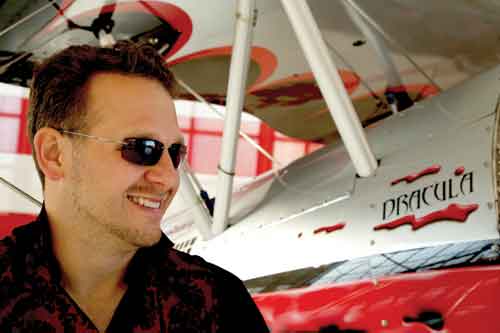 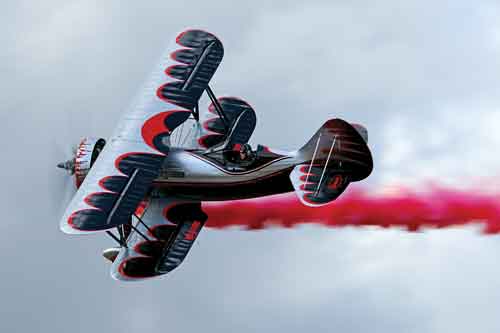 A third-generation pilot and second-generation airshow performer, Kyle Franklin, 37, of Neosho, Missouri, was born and raised in the airshow business. The Franklin aviation legacy began with Kyle’s grandfather, Zip Franklin, a World War II veteran, a rancher, and a self-taught pilot. Zip’s oldest son, Jimmy Franklin, started flying on his dad’s lap while he was still in diapers. Twelve years later, Jimmy snuck out and soloed himself in the family PA-14. By age 19, Jimmy was performing airshows in his stock Waco UPF-7 biplane after teaching himself aerobatics by reading Harold Krier’s book “Modern Aerobatics.” 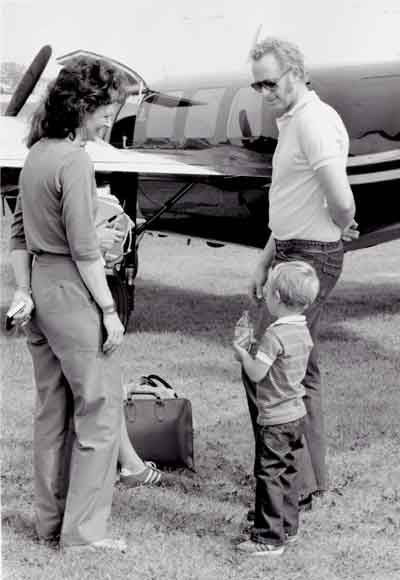 Kyle Franklin grew up around airplanes and airshows. Taking his first airplane ride at just two weeks old, he quickly learned to fly, and by the time he was just 10 years old, he was a competent pilot.

At age 12, Kyle began traveling with his father to airshows every summer, where he learned how to maintain the Waco and honed his flying skills and showmanship under the watchful eye of his parents. At age 14, Kyle took to the outside of the now highly modified “Waco Mystery Ship” and began learning the art of wingwalking.

At age 17, and still a junior in high school, Kyle became the worlds youngest professional wingwalker, and together with his father, launched the industry’s only father-and-son wingwalking team. Over the next nine years, Kyle became an accomplished airshow pilot, flying the Waco Mystery Ship and performing his now famous Ben Whabnoski comedy act in the Super Cub he learned to fly in when he was 8 years old. Kyle expanded his skills and became a stuntman, performing the world’s only motorcycle-to-airplane transfer with his father flying and Kyle driving the motorcycle – an act the Franklins developed in 1972.

The Franklins always considered themselves showmen first and pilots second. True to their commitment to showmanship and innovation, they launched the original “Jet Waco” act in 1999 that headlined most shows and competed with modern military jet demonstrations. As if the unprecedented airplane and its jaw dropping performance were not enough, Kyle became the world’s first jet wingwalker – an act he continued to perform until the tragic loss of his father and fellow performer Bobby Younkin in 2005. Kyle was also the only other person to ever fly the original Jet Waco.

Despite the loss of both their fathers, Kyle and his new bride and business manager, Amanda Younkin Franklin, continued in the airshow business. Kyle performed his comedy act and motorcycle-to-airplane transfer with his brother-in-law, Matt Younkin, driving the motorcycle, and Kyle flying. With Amanda’s business skill and Kyle’s showmanship, Franklin’s Flying Circus thrived.

In 2008, Kyle and Amanda created and debuted one of the most iconic airshow acts ever – “Pirated Skies!” Amanda became the wingwalking pirate, Scandalous Scarlet, and with their costumes, their beautiful story line, and their showmanship, they thrilled crowds everywhere.

In 2013, Kyle debuted a new, one-of-a-kind biplane – “Dracula!” This airplane combined the look, style, and appeal of racing airplanes of the 1930s with 21st century aerodynamics and systems. Originally conceived by Kyle and his father 10 years earlier, Dracula was completed in late 2012 with the help of Amanda, who was tragically lost in an accident before the aircraft debuted, and Kyle’s best friend Brad Donner.

Today, Kyle continues to wow and amaze crowds across the country and throughout the world with his unique style of flying and showmanship. His biplane Dracula and the crowd favorite Super Cub comedy act continue to draw rave reviews. Always the showman and innovator, Kyle continues to refine Dracula, and there are persistent rumors of a new airplane and act coming soon!

2017 marks Kyle Franklins 20th year as an airshow professional and his familys 50th year in the airshow entertainment industry.

Airshows and organizations interested in booking Kyle Franklin for either an airshow or speaking engagement, may contact him via email at franklinairshow@aol.com, or by calling 417-389-7440.