New Faces At The Wisconsin Bureau of Aeronautics

We are happy to announce that there are several new faces at the Wisconsin Bureau of Aeronautics (BOA), as well as a familiar face taking on a new role. As always, feel free to give any of us a call at 608-266-3351, or even better, come visit us in person at EAA AirVenture Oshkosh 2017 in Exhibit Hangar A. 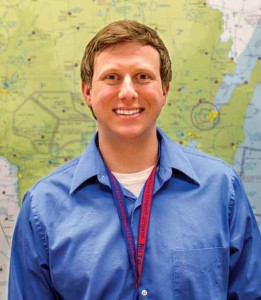 Matt Malicki accepted the position of airport engineering section chief in March 2017, replacing Mark Arnold who retired in December after working at BOA for 32 years. As an integral member of the BOA management team, Matt’s new responsibilities include providing oversight of statewide aeronautical infrastructure development projects and leading airport engineering initiatives, such as improving airport safety. Matt will also supervise and direct BOA’s civil engineers and engineering specialists who provide planning and implementation of development projects for airports.

Matt originally joined the BOA in January 2006 as an airport development engineer. He has a bachelor of science degree from the University of Wisconsin – Madison, with an emphasis in transportation engineering and credits towards a master of science degree in ocean and resources engineering from the University of Hawaii. Additionally, Matt is registered as a Professional Engineer in Wisconsin. 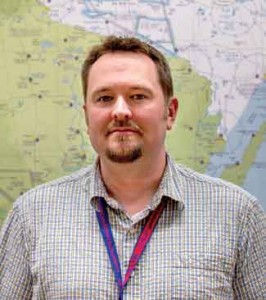 Josh Holbrook joined BOA in January 2017. As an airport development engineer, Josh is responsible for managing projects at nine airports around Wisconsin.  His duties include helping airports develop a realistic and achievable capital improvement plan; contracting with consultants for planning, design and construction engineering services; conducting plan reviews; and working as a liaison between local sponsors and state and federal agencies. (For a list of the Wisconsin airports and the assigned project manager, see http://wisconsindot.gov/Pages/doing-bus/aeronautics/airports/proj-mngrs.aspx)

Josh is a registered Professional Engineer. He is originally from Youngstown, Ohio, and enjoys golfing, playing music, and fishing. 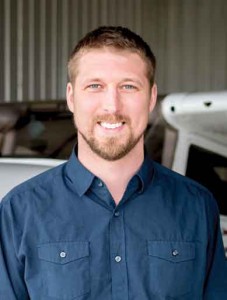 Levi Eastlick joined the BOA in March 2017. Levi serves as airspace safety program manager and pilot. His duties include issuing permits for tall towers; assisting airport owners, tall tower proponents and local government with issues regarding airspace and obstructions; working with the FAA to bring new instrument approaches to Wisconsin; and conducting aerial photography and photogrammetry flights. He also assists with flight instruction for the bureau and other state organizations, including the state highway patrol.

Levi earned a bachelor’s degree in liberal studies with an emphasis in aviation management from the University of Wisconsin-Oshkosh. He also has an associate’s degree in aeronautical science, which was obtained from Fox Valley Technical College. Prior to joining the WisDOT, Levi was a Part 135 charter pilot and flight instructor for West Bend Air Inc. at Fond du Lac County Airport. Levi holds a commercial pilot certificate and is a CFI/CFII/MEI.

Originally from southwestern Wisconsin, Levi enjoys spending time outdoors with his wife and three daughters. They are huge Wisconsin sports fans and love to hunt, fish and camp, as well.

For any questions regarding tall towers or airspace, please feel free to contact Levi at levi.eastlick@dot.wi.gov or (608) 267-5018.