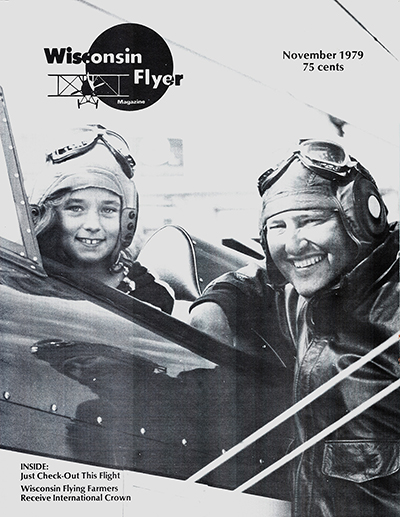 Bill Amundson was born in Stoughton on Christmas eve, and lived his entire adult life in the house where he grew up. As a boy, with brothers Art, Jr. and Dick, and sisters Gloria and Louise, Bill spent summers on Lake Kegonsa. His parents, Art, Sr. and Mabel, owned a dance hall and store on the south shore of the lake, where the family would live during the summer, and where the boys ran free, barefoot and shirtless. The site is now a state-owned park and boat landing known as “Amundson Landing.”

Maybe it was Bill Amundson’s love of water that encouraged him to join the U.S. Navy at the end of World War II. Following the service, he took advantage of the G.I. Bill and attended the University of Wisconsin, graduating with multiple degrees, including a Master of Business Administration (MBA). Bill then spent several years working at a fishing lodge on Lake of the Woods in Canada and used to joke that he was the only dock boy with an MBA. His fish camp experiences became stories he would tell the rest of his life.

Bill Amundson settled on a career in the insurance industry, but his passion was airplanes. He was an early member of the Stoughton Aviation Club, and would buy and restore damaged vintage aircraft, oftentimes biplanes. His skill was recognized with an EAA Grand Champion Award for a Piper Vagabond he and fellow club member, Dick Peterson, restored in 1976, but Bill was best known for flying his 1940 Waco with a 220 hp Continental engine, which he also restored.

The Waco project was featured in the July 1979 issue of Wisconsin Flyer, the predecessor to Midwest Flyer Magazine. The article states that the aircraft would be displayed at the EAA Fly-In in Oshkosh, Wisconsin that year and it was. Bill Amundson and Dick Peterson won a “runner-up” award for that aircraft, and it was definitely a showstopper! A photo of Bill and his Waco was featured on the cover of the November 1979 issue of Wisconsin Flyer, which remains an all-time favorite photo to this day.

The old Amundson Auto Garage on East Main Street in Stoughton became the workshop and clearing house for airplane parts, including parts for a replica of the “Spirit of St. Louis” that was touring the country at the time. The aircraft was grounded in Madison, Wisconsin, and of course Bill had the parts to fix it. Bill Amundson’s camper was a fixture at EAA AirVenture in Oshkosh, Wisconsin, parked beneath a Norwegian flag, surrounded by his extended aviation family.

Bill Amundson was a generous supporter of all things Stoughton. He is survived by his brother Richard (Dick), sister Louise Schmoll, and numerous nieces and nephews. He was preceded in death by his parents, and siblings Arthur, Jr. and Gloria Chadbourn. A memorial celebration at Matson Airport in Stoughton will be held once the country gets passed the pandemic.

Please share your memories of Bill Amundson at www.cressfuneralservice.com.