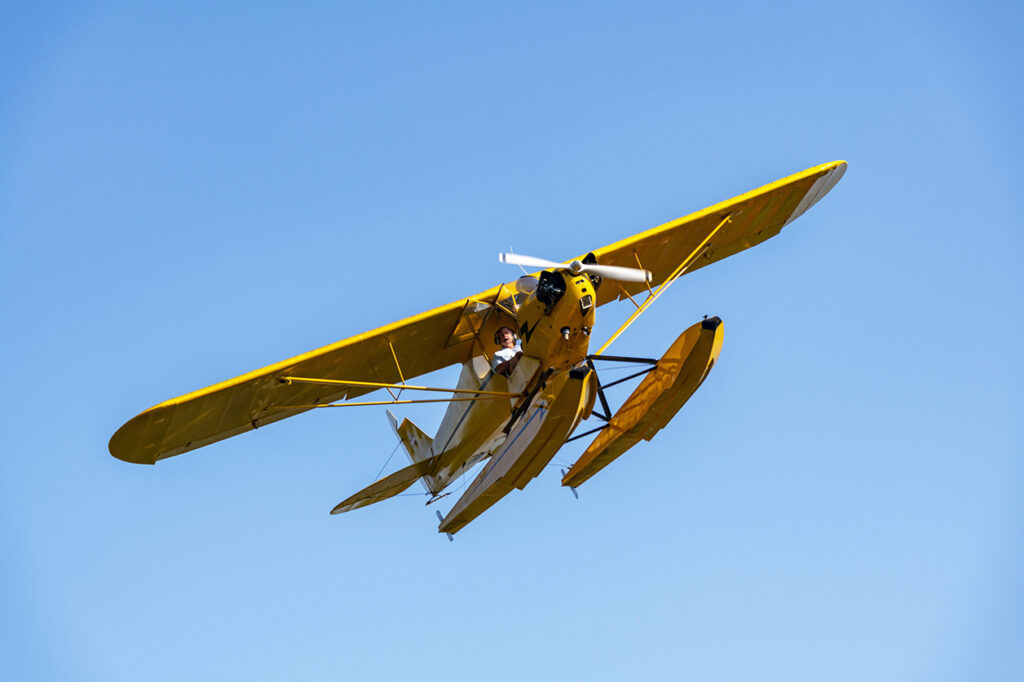 The Seaplane Gods waved their magic wand for us once again, delivering our “splash-in” yet another magical weekend of good weather and an incredible lineup of volunteers, pilots, and beautiful waterbirds.

The 19th Annual Indiana Seaplane Pilots Association (ISPA) Splash-In was held September 18-19, 2021, at Pokagon State Park in Angola, Indiana. The event continued its 100 percent safety record with 27 aircraft participating from all over the Midwest, and as far as Pennsylvania and Wisconsin. 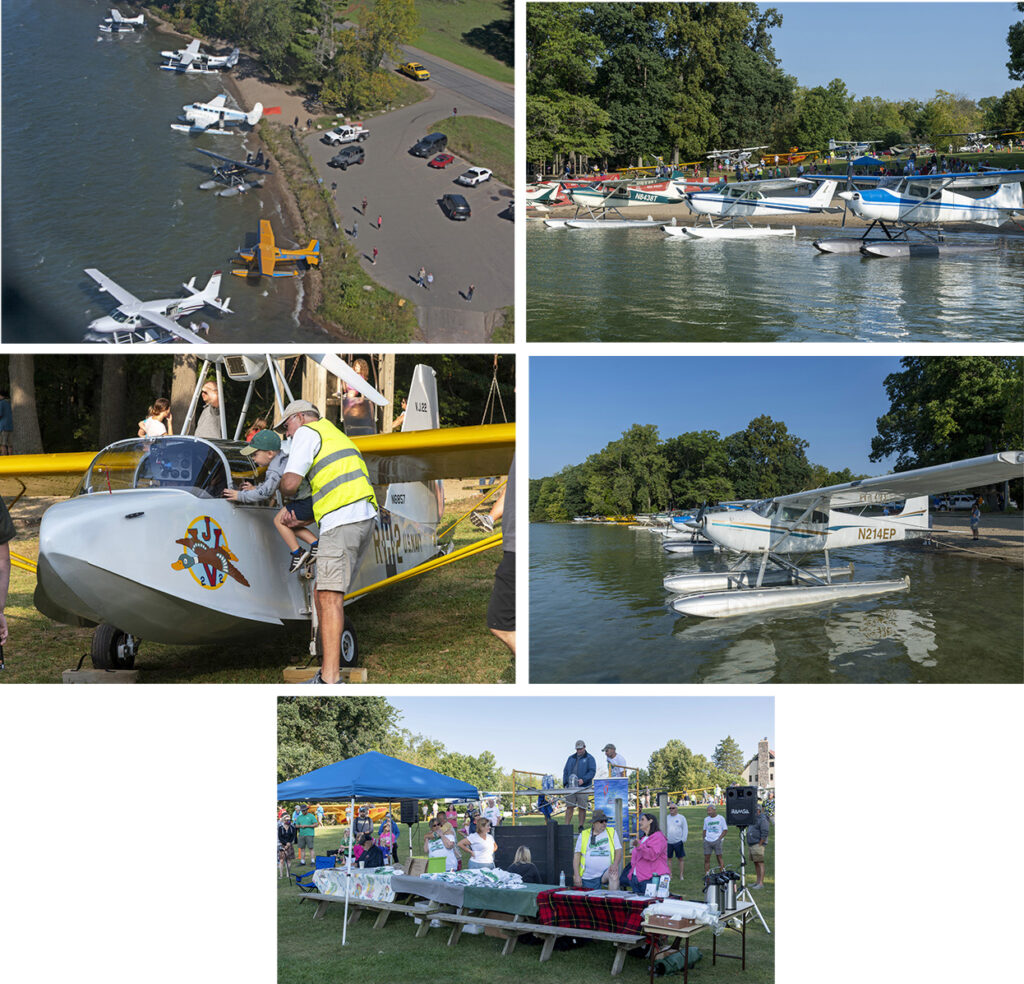 Returning for his second visit was Rick Kaskel of Evansville, Indiana in his Republic RC-3 SeaBee. Also attending were many variants of Cessna and Piper seaplanes, SeaReys, and a Lake Amphib, Aeronca, Maule, Volmer VJ-22 Sportsman, and several very cool arrivals, including a Kenmore restored de Havilland DHC-2 Beaver, and our first-ever AirCam and Kingfisher. Truly an aircraft enthusiast’s lineup.

This was no challenge for our professional announcer, Jakob McKenney, who is a walking Google search of aircraft knowledge. Those who arrived early heard the familiar voice of Randy Rhodes, who has had a 40-year – and counting – bar-setting splash-in in northern Michigan. Randy, his daughter, Sara, and Scott Millard handled the record-setting Saturday arrivals at the park with fine-tuned finesse. Many thanks to them and others who manned the beach on Saturday.

Thanks also to eight very generous pilots, we were able to provide more than three rounds of morning rides for people selected through a free raffle. All in all, we were able to share the experience of seaplane flight with at least 50 guests. The pilots also honored seven veterans with a complimentary flight.

After the lunch break, many pilots submitted a bio for the announcer and flew a demo. This kept the water ops and sky filled with the beautiful sights and sounds of airplanes.
I would like to extend my appreciation to the community for coming out to Pokagon State Park and the Potawatomi Inn to enjoy our annual event, and again, some of the most perfect weather we have ever experienced.

The volunteer team just continues to amaze me and gets stronger every year. There is absolutely no way we could do this splash-in without the uncompromised selfless participation from the volunteer team.

Additionally, I would like to thank the Indiana Department of Natural Resources, the State Parks Administration, the staff of Pokagon State Park and manager Ted Bohman, and Potawatomi Inn Manager Emily Burris and her staff who attended to our needs with a complimentary meal for our pilots.

Terry Hallet, who manages Tri-State Steuben County Airport (KANQ), and his staff attended to our “wheel plane” and “amphibian aircraft” needs, and provided shuttle service to and from the park.

We had a beautiful barbecue and bonfire Saturday evening at my airport on the other side of the lake with the local Land of Lakes Lions Club preparing the meal. We dropped two loads of skydivers into our grass strip (myself-included) from our seaplane, flown by Allison Wheaton, and the Gravity Powered Sports 182 jump plane.

The Lake James Association, which has been a supporter and sponsor of the splash-in all 19 years running, and the Steuben County Visitors and Tourism Bureau, provided financial underwriting support. We are also grateful for the exposure and stories provided by the Herald Republican newspaper.

We will be looking forward to next year’s splash-in as this will be our 20th anniversary and we hope to do something special to commemorate the event. Dates and details to be announced.