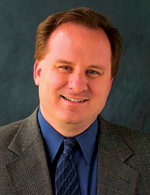 OSHKOSH, WIS. – Sean Elliott, a member of the EAA staff since 1996, has been named the organization’s Vice President of Government and Industry Relations. He succeeds Earl Lawrence, who departed EAA in the fall of 2010 to become director of the FAA Small Airplane Directorate.

Elliott has been EAA’s Director of Aircraft Operations since 2001, a role he will continue in the organization. He has extensive government relations experience in that position and as executive director and president of the National Association of Flight Instructors (NAFI) from 1996-2004.

Elliott holds an Air Transport Pilot Certificate and has logged more than 8,000 hours of flight time. He also holds type ratings in the Boeing B-17 bomber and Douglas DC-3. Prior to coming to EAA, Elliott worked as a flight instructor and training manager at Embry-Riddle Aeronautical University in Daytona Beach, Fla.