Airline Service Important To Green Bay, But So Is General Aviation 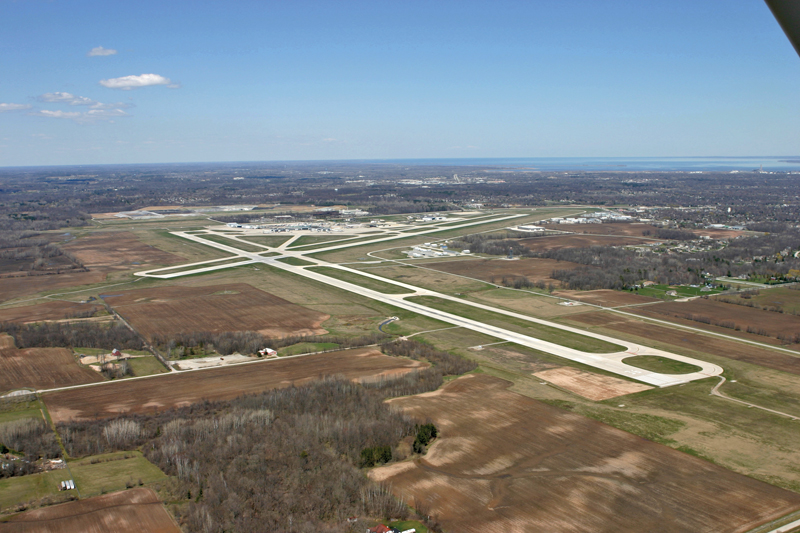 The history of aviation in Green Bay, Wisconsin, is relatively short in comparison to other modes of transportation. As early as 1910, barnstormers were coming to the fairgrounds and provided exhibition flights during the annual fair, fascinating spectators.

In 1978, the De-Regulation Act resulted in a plethora of service not only to Northwest Airlines (formerly North Central and Republic Airlines) hubs of Detroit and Minneapolis, but also to Chicago. The 1980s saw the institution of service between Milwaukee and Green Bay by Skyway Airlines, a feeder for Midwest Express Airlines. Delta commenced service between Green Bay and Cincinnati in 1998, using a Canadair Regional Jet. Continental Airlines instituted the first service to Cleveland in 2008, and in 2010, Frontier initiated seasonal service between Green Bay and Denver.

The airport is currently served by American Airlines, with service to Chicago’s O’Hare; Continental serving Cleveland; Delta with daily non-stops to Minneapolis and Detroit; Frontier serves Milwaukee and will offer service to Denver beginning in June; and United serving Chicago.

Currently, a variety of aircraft are utilized in daily non-stop service to seven destinations. C-RJ, C-R7, C-R9, E-145, E-170, E-190, DC-9, MD-90, A-319 and A-320 aircraft pull up to one of 12-gates at the recently renovated and remodeled terminal building. Each of the 12 gates is equipped with a passenger boarding bridge to keep travelers out of the weather elements all year long. B-757, A-330 and B-747 aircraft have also frequented the facility, particularly during the fall football season.

Passenger traffic in 1948 numbered 242, while total enplanements for 2010 swelled to 362,803. The terminal currently has 214,526 square feet and the parking facility has space for 1,881 vehicles. Demand on the parking facilities has caused the airport to initiate design for expanded surface parking, as well as plan for a future parking structure.

The airport’s runways are both 150 feet wide and equipped with FAA maintained precision approach equipment on Runways 6 and 36. PAPI equipment is located on all of the airport’s runways (6/24, 18/36). Runway 18/36 is 8,700 feet in length, while Runway 6/24 is 7,700 feet long. Both runways enjoy a complete parallel taxiway system.

Two fixed base operations (FBOs) serve the Green Bay general aviation community. Executive Air is located west of the main passenger terminal, and Jet Air is located northeast of the terminal. Both operators have expanded operations over the last five years. Over 70 hangars are located on the airport to provide storage for a wide variety of aircraft.

Recent projects completed at Austin Straubel International Airport include the complete reconstruction of Runway 6/24; the reconfiguration of the approach end of Runway 18, to bring the facility into compliance with FAA Safety Area requirements; acquisition of a new Oshkosh Aircraft Rescue & Fire Fighting (ARFF) vehicle; and the completion of a new 70,000 square foot Snow Removal Equipment (SRE) and Sand Storage facility.

The next major airport project involves the expansion of the east general aviation ramp, and development of a new ARFF facility. Ramp construction will be completed before EAA, while construction on the ARFF building should begin late this year and be completed in 2012. 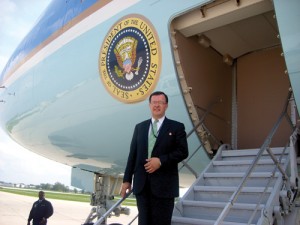 Tom Miller is airport director at Austin Straubel International Airport. Following his college graduation in May of 1972, Miller got a job as an entry-level reporter for a radio station in Dubuque, Iowa. A year later, he moved to Peoria, Illinois and worked five more years in radio before transitioning to television news at the local CBS affiliate. A year after moving into television, Miller was recruited by the Greater Peoria Airport Authority for a public relations position. During his 14 years at Peoria, Miller also worked as controller and assistant director before moving to Green Bay in 1993, as assistant director. In August 2001, the county executive named Miller airport director.

Since being named director, Tom Miller has embarked on a number of major airport capital projects including a $26-million terminal expansion, reconstruction of both airport runways, streamlining the passenger check-in process for the Transportation Security Administration, reconstruction and expansion of both fixed base operation ramps, and completing work on a new, state-of-the-art, 66,000 square foot Snow Removal Equipment Building. The airport is operated as an Enterprise Fund of Brown County, and receives no property tax money for its operation.

Tom Miller has amassed 31 years of experience in the airport management field, is a past-president of the Wisconsin Airport Management Association (WAMA), and current vice chairman of the Brown County Employees Credit Union. Miller also has a single-engine land Private Pilot Certificate and 251 hours as pilot in command. He has also logged time in an OA-37 “Dragonfly,” and a KC-135 Refueler.

Miller has been married to his wife, Kathy (Grace), for 31 years and they have two grown daughters. 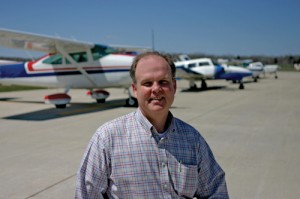 John Reed is assistance airport director at GRB. He received his undergraduate degree in 1990 at The College of the Ozarks in Missouri, and his Master’s Degree in Aviation Safety in 1991 from Central Missouri State University. Following college, Reed worked for the Missouri Highway and Transportation Department as an airport inspector.

In 1995, Reed moved to Nevada and worked as an airport planner/inspector for the Nevada Department of Transportation. From there, he moved to Brownsville, Texas, to serve as the assistant director of aviation for the City of Brownsville. In February 2002, Reed accepted the position of assistant airport director at Austin Straubel International Airport.

John Reed belongs to the American Association of Airport Executives and the Wisconsin Airport Management Association (WAMA), of which he served as past president. He is a certificated Private Pilot and an Airframe and Powerplant aircraft mechanic.