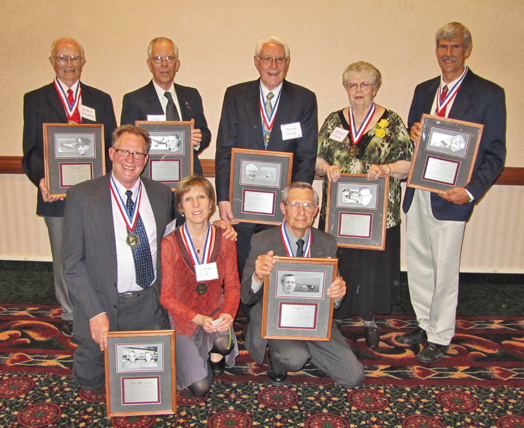 BLOOMINGTON, MINN. – No one could ask for a better backdrop than Minneapolis-St. Paul International Airport (MSP) as hundreds of people gathered at the Ramada Mall of America (Thunderbird) Hotel, April 30, 2011, for the annual investiture ceremonies of the Minnesota Aviation Hall of Fame. MSP is located across I-494 from the hotel. 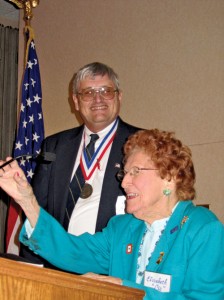 John Mohr performs what is believed by many to be the most entertaining 220 hp Stock Stearman (PT-17) routine in the world, known for executing a perfect, low-level square loop; the lowest “Harrier” maneuver in the industry called the “Harried Pass;” and the world’s only biplane-to-helicopter transfer. Mohr is the recipient of both the “Bill Barber” and “Art Scholl” awards for showmanship (2000), and a captain with Delta Airlines, flying the Boeing 757 internationally.

In his hall of fame acceptance speech, Mohr recalled sitting on his father’s lap in the family’s J-3 Cub, which is still owned by Mohr and his brother, Jim. Five generations of the Mohr family have learned to fly in that same Cub.

Mohr recalled some of his earliest attempts at flight, including pulling his brother behind his snowmobile in a Rogollo human kite, which ended up in a pile of sticks and fabric in the snow because the CG was too far aft.

“You’ve all seen a kite with no tail,” said Mohr. “That’s the ride Jim got just before he crashed. Then there is the surplus parachute we bought …that’s another story!”

After Mohr’s father soloed him in the Cub on floats at age 14, John moved to International Falls, Minn., where he worked and lived with Francis Einarson and his family of Einarson Bros. Flying Service. The rest is living history!

Betty Tanis, widow of the late Peter Tanis, inventor of the Tanis aircraft preheater, and founder of Tanis Aircraft Services in Glenwood, Minn., spoke of her husband’s accomplishments. Using specialized heating elements to heat the entire airplane engine, from cylinder heads to the case and the oil, Tanis heaters became – and still are – an industry standard.

Special guests at the banquet included former U.S. Congressman, Jim Oberstar, who pointed out what he did right for aviation while in office. The Minnesota Aviation Hall of Fame is a non-profit Minnesota corporation, recognized by the State of Minnesota as a means of honoring its pioneer and historic aviation persons in a lasting and significant way. An exhibit featuring all plaques is presently located in the terminal building at Duluth International Airport.

The 2012 Minnesota Aviation Hall of Fame investiture ceremony will be held April 28, 2012, again at the Ramada Mall of America (Thunderbird) Hotel.