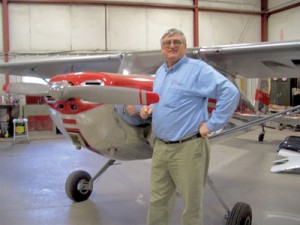 In previous issues of Midwest Flyer Magazine, CFII Jim Hanson began a discussion on “Student Starts & Pilot Retention,” which he wrote prior to the release of findings from research conducted by the Aircraft Owners & Pilots Association (AOPA). Many of Hanson’s observations dovetail with AOPA findings. For instance, AOPA concurs that there is a need for “social interaction” among pilots, that there is “pride and uniqueness” associated with being a pilot, and that aviation can be used to enhance the other things we do in life. AOPA findings also concur that there is a need for FAA reforms. Hanson now explores what FAA reforms are needed to help recruit and retain pilots.

The FAA is decades behind the industry it purports to regulate. We all know stories about FAA stubbornness, inflexibility, bureaucracy, and policies that actually decrease safety, but I won’t turn this into an FAA-bash. Here are some needed reforms.

Reform the written, oral, and practical tests. I have a pre-World War II Civil Aeronautics Administration (CAA) (predecessor to the FAA) Flight Training Manual. It has much of the same verbiage and many of the same maneuvers as used today. For the most part, we still train as we did 75 years ago: commercial pilots do Chandelles, Lazy 8s, and 1080 overhead spirals. Don’t you think that those pilots would be better served with instruction on how to handle flying in ice and thunderstorms? How to quickly compute a weight and balance and other FAA-required paperwork. How to comply with Part 135 and Part 121 regulations? How to manage a multi-person cockpit, or how to utilize every piece of aid and information in the cockpit? Those subjects appear every month in flying magazines. Obviously, the magazines think there is a need. Why does the FAA not address them? We need to change both the FAA written exams and the practical test.

Straighten out the medical situation. There is currently a petition to drop the medical certification for not-for-hire operations utilizing airplanes weighing less than 6000 pounds, using a valid driver’s license instead. I support that. Why should someone be denied the ability to fly an airplane, but be allowed to be a fireman, driving a heavy rig through traffic, then running into a burning building? Pilot incapacitation is NOT the bugbear that the FAA makes it out to be. LSAs have been doing it for 10 years now; glider, balloon, and ultralight pilots have been doing it forever, with no worse record than private pilots when it comes to incapacitation. If the FAA wants a compromise position, I’d suggest this: Use the same criteria for a “complex” or “high-performance” airplane as the filter; allow “non-complex” or “non-high performance” aircraft to be flown without a medical. There is no reason to inflict the requirements of getting a medical certificate every two or three years upon the private pilot population. In fact, in typical government “unintended consequences” style, it can actually discourage pilots from going to a doctor for an ailment because they don’t want to jeopardize their medical certificate. That makes no sense.

The Light Sport Aircraft issue is a mess. TEN YEARS after adoption, most aviation magazines still have monthly columns “clarifying” the FAA patchwork of regulation that has created this mess. Rather than re-invigorating general aviation, the LSA market is dominated with Cubs and Cub clones, and rather than bring new entrants to aviation, most LSA pilots are certificated pilots “moving down” to escape the tyranny of the medical exam. Want proof? According to the FAA, as of the end of 2009, there were only 3248 Light Sport-only certificates issued. The fix? It’s relatively easy:

• b) Drop the artificial 1320# weight restriction; a holdover from European “microlight” certification of 600 kilograms. By adhering to this artificial restriction, is it any wonder that most new designs are from Europe, not the U.S.?

• c) Allow pilots to fly any single-engine, non-turbine, non-retractable gear airplane with a cruise speed not to exceed 130 knots, a gross weight not to exceed 2600 pounds, and no more than four (4) seats under “Light Sport Aircraft” category. Is flying my Kitfox really any more or less dangerous than flying my Cessna 120 or a Skyhawk? Not only would it allow all of the “legacy” aircraft to be flown Light Sport (opening a vast market), but it would allow these proven aircraft to be used as trainers.

• d) Change the Part 135 charter regulations to restrict these “simple” aircraft from conducting charter flights. The manufacturers take a huge insurance hit because of the perceived need to “protect the non-flying public.” That risk is ameliorated by the doctrine of “apparent risk.” As pilots, we are aware of the dangers inherent in flight. If product liability is indeed the big problem that we are told it is, the price of these new aircraft should come down to S-LSA levels. After all, the tooling for those aircraft has long been depreciated by the manufacturers.

• e) Drop the “If you’ve failed a medical certificate, you can’t fly LSA” ruling. See the example of the fireman (above) to check the absurdity of this rule.

The takeaway: We hamstrung ourselves through over-regulation and the stroke of the regulatory pen; the same pen can deregulate us and get us out of this spiral.

We’ve explored a number of reasons that aviation is in decline compared to other activities, and even offered some examples of how to reverse the trend. Let’s look at industries that are not on the decline. Maybe we can learn from them:

• Other motorized leisure-time activities are doing well. Motorcycle riding is doing well, as are motorboats, recreational vehicles, jet skis and snowmobiles. Why are these succeeding, and aviation is not? Part of the answer is that these motor sports don’t need a high level of training or certification to participate. Most people can learn how to operate these vehicles in a matter of hours. I’m not advocating eliminating training requirements for airplanes, but making them SIMPLER (LSA is a good first step, but we can do more) can only help. These industries also thrive because of the SOCIAL ATMOSPHERE associated with them.

• You rarely see a motorcyclist riding by himself just for the fun of it, or a snowmobiler, or a boater. People want to be part of a group. The same used to be true of aviation; student pilots couldn’t wait to get their Private Pilot Certificate so they could be part of the group that used to hang around the airport. Somehow, we’ve lost that group spirit in aviation. We don’t socialize among ourselves any more. Being accepted as part of a group is a powerful motivator. At our airport, we purchased a used commercial kitchen stove, and have regular cookouts throughout the year. At Faribault, Minnesota, the pilot group has a standing pizza party every Saturday. At Mason City, Iowa, they have a “Third Thursday” potluck; you never know who or what is going to be there. These get-togethers are always well-attended, and foster a sense of “aviation community.” The airport should be a place where pilots and their families LIKE to come, even when they are just socializing.

• The “fun part” of aviation is not growing, but unlike fixed-wing airplanes, it is not losing pilots, either. I don’t have the current figure, but the Soaring Society of America at one time estimated that 80% of new glider-only pilots were still flying five (5) years later. That’s an interesting item. Compare that with the retention rate of “powered” private pilots. WHY would someone go through the considerable time and expense of obtaining a powered private pilot Certificate, only to walk away from it? Here’s a thought. There is absolutely NO rationale about justifying glider flying for transportation. It’s just FUN. It’s harder to become a glider pilot than a fixed-wing airplane pilot because of the logistics of the endeavor: the season is short; you have to line up an instructor, tow pilot, and wing runner; and lessons tend to come in small fragments. A powered airplane pilot can do 10 touch and go landings per hour, but a glider pilot can do only two or three. Despite that, glider pilots tend to continue to fly. One of the reasons, I believe, is that glider flying IS all about having fun; another is the camaraderie – the social life amongst pilots. Glider flying tends to be practiced at small airfields and it is an activity that you can’t do by yourself. There’s a lesson to be learned here. The same can be said about the sport of ballooning; there is no pretension of justifying the balloon other than fun. It also requires a crew to be able to fly, and it also involves social activity. (I’m starting to see a trend here!) How about “ultralight” aircraft? Despite LSA certification, there are still a number of pilots that fly these airplanes just for fun, turning their backs on certifying their aircraft as LSAs, and they have a good time socializing with each other. The takeaway: What do all of these participants in motorsports know that WE don’t know; that flying SHOULD be fun, and that you should have a social life with people that engage in the same activity that YOU like?

• Here’s a similarity with our problem in aviation, sailboats. I have a friend that has been involved in aviation for years, but now spends most of his time on sailboats. Why are sailboats in decline (like aviation) while motorboats are holding their own? We’ve discussed it often. The takeaway: Sailboats are like the general aviation industry; the owners are aging, and there are not a lot of new skippers coming on line. People want to multi-task; they want convenience. Both sailboats and airplanes take time to enjoy; younger pilots and boaters want instant gratification. The problem with sailboats has become so severe that very few sailboats are built in the U.S. any more. With fewer people looking to buy sailboats, the price of sailboats has plummeted (government and aviation industry, are you listening?)

• A recurring theme in successful leisure-time activities detailed above is the power of becoming part of a group of affiliating, like-minded people. General Aviation was strongest when we bonded together socially, during and after flying. That has been true in military squadrons, at small airports, in airline crew rooms, and among people that fly strictly for fun. We need to return to that social side for flying to attract new pilots.

The Bottom Line: The world has changed. We have a choice, either change it back, or adapt. It IS within our power to reverse the mistakes of the last few decades, and it IS within our power to adapt. Our industry should not be viewed as a “stand-alone” industry. Rather, we should emphasize that flying an airplane is FUN, REWARDING, can be a CAREER, and can enhance the OTHER things you do. Being a pilot DOES MAKE YOU UNIQUE. There are few people that do what you are able to do. We need to both go back to old-fashioned salesmanship, and to adapt to this new paradigm in order to succeed. If we don’t, maybe we should look for some of those cheap sailboats, or the aforementioned ANT FARM.

EDITOR’S NOTE: Jim Hanson is the long-time fixed base operator at Albert Lea, Minnesota. He has run multiple FBOs, and is rated in airplanes, helicopters, gliders, balloons, single and multi-engine seaplanes, and six types of jets. He has owned 538 airplanes in his 48 years of flying, and has no accidents or incidents in his 30,000 hours aloft. Jim recognizes that these statements may not sit well with some members of the aviation community, but they are offered as part of a dialogue with national aviation organizations to help stop the erosion of student starts and pilot dropouts in promoting aviation. Jim says, “The best part about getting old is that you don’t care WHO you offend!” If you’d like to give him a piece of your mind, you can contact him at jimhanson@deskmedia.com.