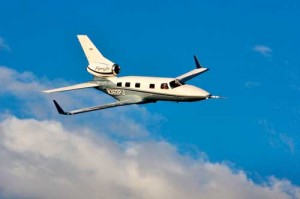 Piper Interim President and CEO Simon Caldecott said that while the Altaire program was on schedule, on budget, and hitting aircraft performance targets, planned development costs had risen above the point that were recoverable under foreseeable light jet market projections.

Going forward, Piper will step up product improvements for its turboprop and piston-powered lines, and initiate third-party engineering and manufacturing services to preserve as much of its talent pool and as many jobs as possible.

Among the enterprise initiatives underway is Design by Piper. This third-party service provider will perform proprietary engineering and technical functions for other companies to take advantage of the high level and wide range of some of the talent that had been assigned to the Altaire development program.

Additionally, Precision by Piper, another third-party service provider, will leverage the company’s precision manufacturing expertise and recent upgrades to its manufacturing capabilities, which were completed in anticipation of Altaire production.