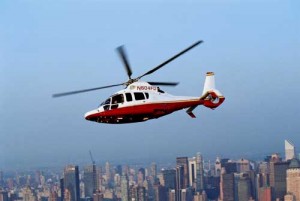 EDEN PRAIRIE, MINN. – Tanis Aircraft Products has announced the availability of its aircraft preheat systems for the “Eurocopter” line of helicopters, a manufacturer of civilian and military models. Eurocopter manufactures the EC155 helicopter, a long-range twin-engine medium-lift passenger transport helicopter, as well as many other models. 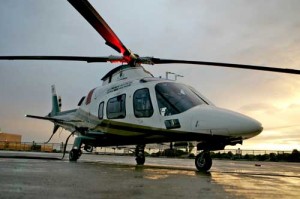 A Tanis Preheat System is plugged into this AgustaWestland 109E helicopter operated by LifeFlight of Maine.

The Tanis preheat system has been installed on a fleet of AgustaWestland helicopters operated by LifeFlight of Maine. Thomas P. Judge, Executive Director
of LifeFlight, commented, “We work in an extremely cold climate. With over six years of operation, the Tanis systems have been extremely reliable and maintenance free. Operation is simple – we plug them in shortly after the last flight while the oils are still warm, keeping our aircraft ready to go.”

Each system is designed to protect critical components from cold starts, reduce the likelihood of damage, and shave off critical minutes to launch.

Tanis is the only company providing complete aircraft and engine preheat systems for piston, turbine and rotary wing aircraft.