Airport Manager Serves Dual Role For His Country, For His Community 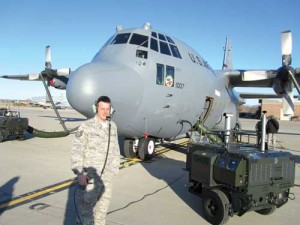 PHILLIPS, WIS. – Chris Hallstrand, airport manager at Price County Airport in Phillips, Wisconsin, since 2003, wears many hats: husband, father, airport manager, crew chief onboard a C-130 Hercules with the Minnesota Air National Guard, and general aviation pilot. Hallstrand has been deployed to the Middle East on an annual basis since 2008, starting in active duty with the U.S. Air Force in 1996 at Kirkland AFB, Albuquerque, New Mexico. Hallstrand says that his most rewarding mission is when he can bring home our troops on a medical evacuation flight, after they sustain injury in combat. 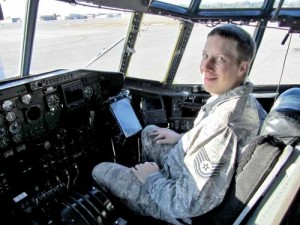 Aviation remains the common denominator between his two professional roles, and his interest in general aviation. Hallstrand is part owner of a Cessna 150 and enjoys getting stick-time whenever he gets the chance.

Hallstrand resigned as airport manager at Price County Airport in May 2012 to pursue other opportunities in airport management and with the 133rd Airlift Wing of the Minnesota Air National Guard, located at Minneapolis-St. Paul International Airport.