All photos by Randy Arneson, except where otherwise noted.
Published in Midwest Flyer – August/September 2019 issue 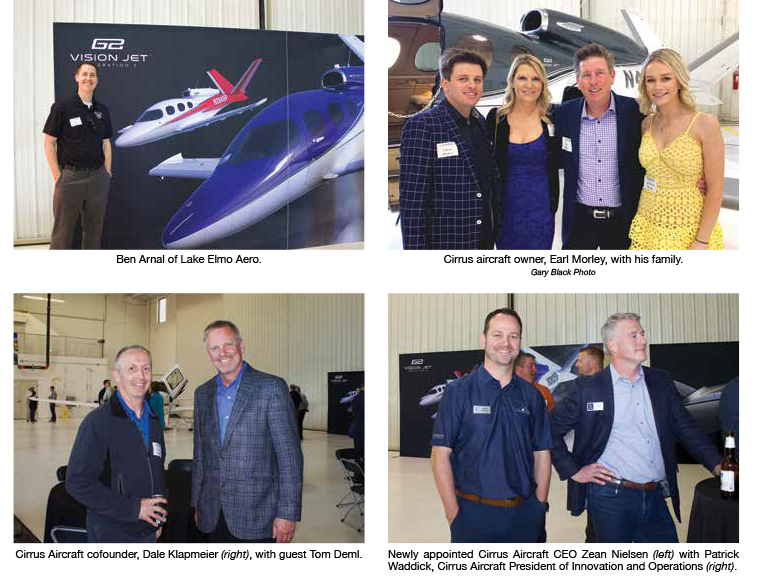 ST. PAUL, MINN. – Approximately 200 Cirrus aircraft owners, pilots and interested guests attended the “Cirrus Now” event at Signature Flight Support at St. Paul Downtown Airport. The weather was fantastic and several aircraft flew in, including three Vision Jets. A fourth full-scale Vision Jet mockup was on display for guests to check out and try out the aircraft’s Perspective Touch avionics.

A new Cirrus Training Center (CTC) is in operation at Lake Elmo Aero at nearby Lake Elmo Airport (21D), and they had their new 2019 SR20 Jump Start on display. The CTC (Inflight Pilot Training) at Flying Cloud Airport (KFCM), also has a new SR20 Jump Start for training and rental. 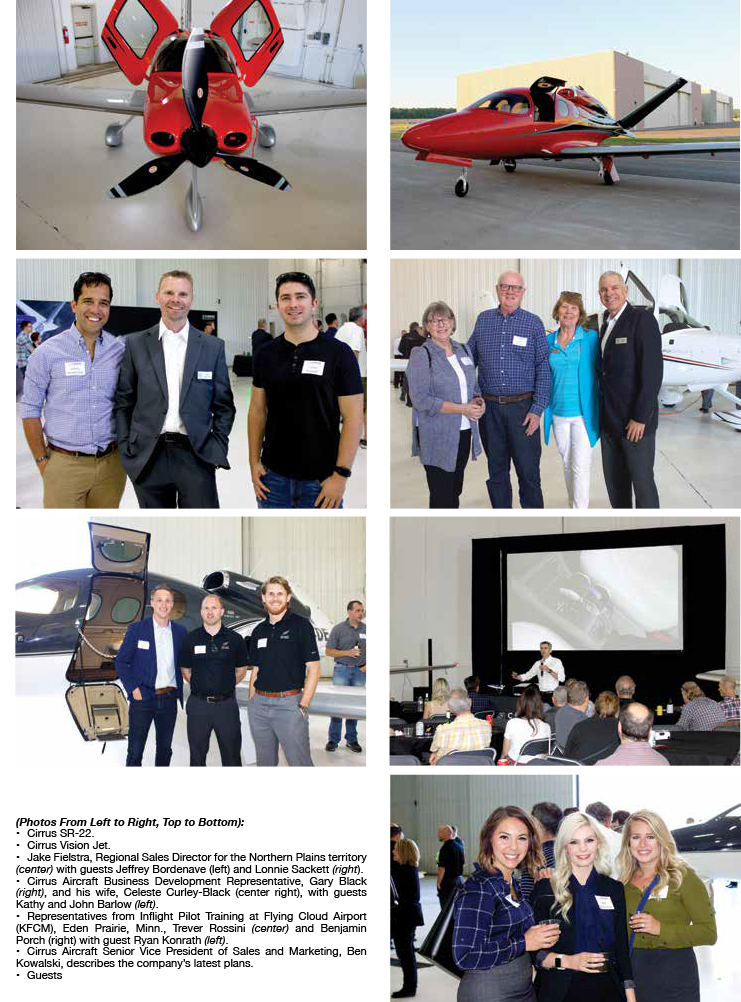 Guests were treated to catered hors d’oeuvres while learning about the latest plans at Cirrus Aircraft from the Senior Vice President of Sales and Marketing, Ben Kowalski. Cirrus cofounder and CEO, Dale Klapmeier, has moved to a Senior Advisor position, so he introduced the new CEO, Zean Nielsen. Also, in attendance was Cirrus Aircraft President of Innovation and Operations, Patrick Waddick, and Executive Director, Justin Dillon, who flew a Vision Jet to the event from Denver.

Longtime Regional Sales Director (RSD), Gary Black, was recognized as he is transitioning into a Business Development position. Jake Fielstra was introduced as the new RSD for the Northern Plains Region.

Several team members from the Cirrus Vision Center in Knoxville, Tennessee, flew in to set up the event, and the Cirrus Flying Clubs in Duluth, Minnesota, and Grand Forks, North Dakota, flew in two colorful SR20s for display. Cirrus employees are able to rent these aircraft for only $50/hour. The company has over 100 career openings in four locations in the U.S. (www.cirrusaircraft.co/careers).