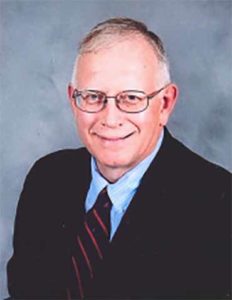 Age 72 of Forest Lake. Passed away peacefully on July 6, with family by his side. Raymond was born January 5, 1948 in Fremont, Michigan to Levirn and Jean Rought. Raymond married Carol (DeLong) on September 6, 1969 in Fremont.

Raymond completed his baccalaureate degree in civil engineering at Michigan Technical University in 1970. Following graduation, he served in the US Army in Vietnam, assigned to the Medical Command Headquarters in Long Binh. Upon his return, Raymond joined the Michigan Department of Transportation, Bureau of Aeronautics. He completed his Master of Science in civil engineering at Michigan State University in 1978. In 1986, he became Director of Aeronautics for the Minnesota Department of Transportation, a position he held for 22 years. He retired from MnDOT in 2012.

In 2007, Raymond was awarded the Kenneth Rowe Ambassador of Aviation Award in recognition of his contributions to the betterment of aviation nationally through research, education and legislation. In 2011, he was inducted into the Academy of Civil and Environmental Engineers at Michigan Technological University and in 2012 elected to the Minnesota Aviation Hall of Fame.

Raymond was very active in the aviation community. He was a member of the National Association of State Aviation Officials (NASAO), and served on its board of directors and as chairman. He worked to establish the NASAO Center For Research & Education. He served as president of the Minnesota Aviation History and Education Center and was a long time member of the EAA.

This entry was posted in News, People and tagged Bureau of Aeronautics, Michigan Department of Transportation, MnDOT, Raymond J. Rought. Bookmark the permalink.