Known as the “Voice of Aviation in Minnesota,” Sherm Booen was born on a farm near Glenville, Minnesota, and was a civilian B-17 test pilot during World War II. Following the war, he moved to Richfield, Minn. with his wife, Mavis, and daughter, Boni.

While working in radio and television, Booen produced and emceed the “World of Aviation” television program on WCCO TV every Sunday morning for over 28 years. He also published “The Minnesota Flyer.” Booen was inducted into the Minnesota Aviation Hall of Fame in 1995. 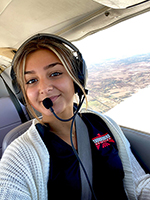 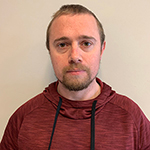 This year’s recipients of the Sherm Booen Scholarships are Maria Manos of Coon Rapids, Minn., and Mark Mihalovic of Bloomington, Minn.

Contact Academy College at 952-851-0066 or email scholarship@academycollege.edu for scholarship details.