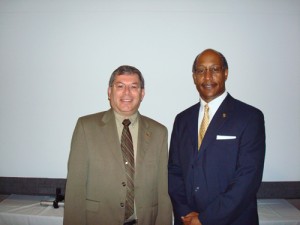 Leading the list of speakers was Wisconsin Transportation Secretary Mark Gottlieb, who opened the general session on May 3. Newly elected Governor Scott Walker appointed Gottlieb secretary effective January 2011, so this was the secretary’s first time participating in the conference.

Prior to his appointment, Secretary Gottlieb represented the 60th Assembly District in the Wisconsin State Legislature, and was the mayor of Port Washington. He was first elected to the assembly in 2002. He holds both Bachelor’s and Master’s Degrees in Civil Engineering, and is a registered professional engineer in the state of Wisconsin. He has worked as a professional engineer for 24 years in various public and private sector positions.

Introducing Secretary Gottlieb was David Greene, Director of the Wisconsin Bureau of Aeronautics. 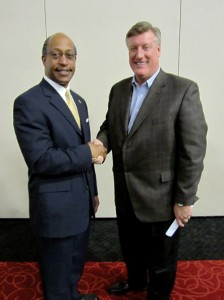 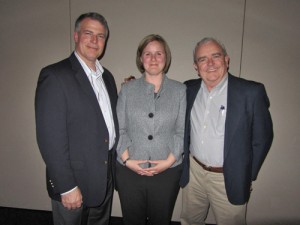 Also participating in the conference for the first time was EAA President Rod Hightower, who was the luncheon speaker. Hightower emphasized the importance of everyone in the aviation community to support efforts to attract and retain new pilots, as without pilots, there is no industry and no need for airports.

Wisconsin native Pete Bunce, President of the General Aviation Manufacturers Association (GAMA), returned to the conference this year with an industry update and was the banquet speaker. Both Hightower and Bunce are active general aviation pilots, themselves. 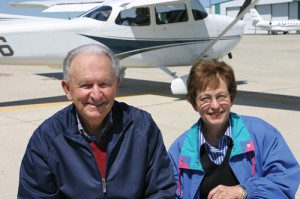 AOPA Great Lakes Regional Representative Bill Blake and his wife, Nancy, flew to Green Bay from Peoria, Illinois in their Cessna 172 Skyhawk. Many other pilots, who also attended the Wisconsin Aviation Conference, joined them at Austin Straubel International Airport.

The Wisconsin Aviation Trades Association presented its “Wisconsin Aviation Business of the Year Award” to Lakeshore Aviation, Inc., located in Manitowoc, Wisconsin. That evening, WAMA presented its “Lifetime Service Award” to Tony Snieg, who retired in January 2011 after 39 years with Milwaukee County, 28 years of which were at General Mitchell International Airport as Deputy Airport Director, Finance and Administration. 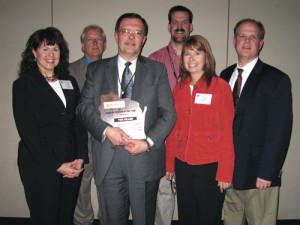 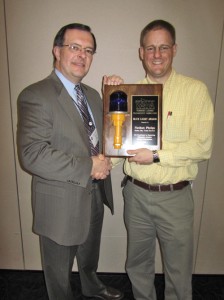 The Wisconsin Airport Management Association (WAMA) awards up to two scholarships annually to students enrolled in a bachelor’s degree-level aviation program at an accredited college or university, or students enrolled in an associate degree or technical college program pursuing a degree in aviation. This year’s scholarship was awarded to Terry O’Dell of Menasha, Wisconsin, who is a sophomore at the University of North Dakota majoring in Air Traffic Control.

WAMA also awarded a professional development scholarship to Jeremy Sickler, airport manager in Burnett County, Wisconsin, so he may pursue his certified member status with the American Association of Airport Executives. A second professional development scholarship was awarded to Abe Weber, the landside operations supervisor at Outagamie County Regional Airport in Appleton, Wis. Weber is pursuing his master’s degree at the University of Wisconsin, Green Bay. 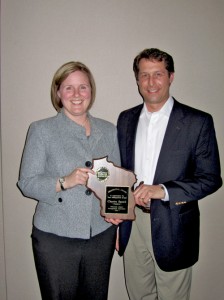 The 2012 Wisconsin Aviation Conference will be held May 7-9 at the Chula Vista Resort in Wisconsin Dells. For additional information, refer to the website: www.wiama.org/conference.