World’s Only Airworthy B-29 Superfortress “FIFI” To Return To EAA AirVenture 2011, Along With Hoover, Tippin, REO Speedwagon, Sinise & The U.S. Navy 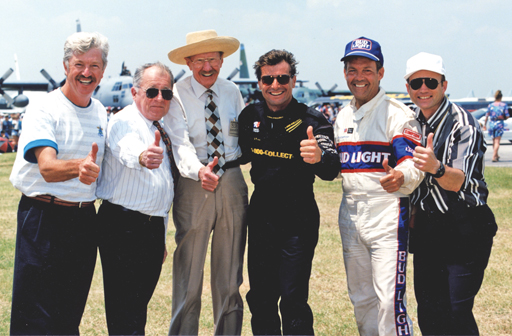 FIFI, which is owned by the Commemorative Air Force (CAF) and is a part of its B-29/B-24 Squadron based in Addison, Texas, will arrive Tuesday, July 26, and stay throughout the week, joining hundreds of other warbirds on display at the 59th annual fly-in convention. 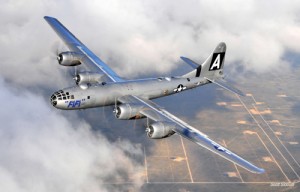 The Boeing B-29 Superfortress, one of the greatest airplanes of World War II, is scheduled to fly during the afternoon air show on Friday, July 29, as part of the daylong veterans salute. FIFI last appeared at AirVenture in 1995.

FIFI’s appearance also brings country music star and pilot, Aaron Tippin, to AirVenture 2011 for an evening concert on Saturday, July 30, as part of the Commemorative Air Force’s “Red, White & Loud Tour.” The concert will precede the widely popular Night Air Show and Daher-Socata Fireworks, capping a day filled with memorable attractions. REO Speedwagon will be featured on Monday, July 25, and Gary Sinise and the “Lt. Dan Band,” on Friday, July 29.

Here are the day-by-day highlights of AirVenture 2011 as of press time:

Thursday, July 28 – Tribute to Burt Rutan with a special air show featuring his many aircraft designs.

Friday, July 29 – Salute to Veterans – Gary Sinise and the Lt. Dan Band, brought to you by Disabled American Veterans & EAA Warbirds of America.

• Fly-In Movie Theatre is back, presented by Ford Motor Company and supported by Hamilton Watches.

• Week-long commemoration of the Centennial of Naval Aviation, featuring unique aircraft attractions, appearances, and forums. AirVenture 2011, which has been classified a Tier 1 event by the U.S. Navy for its year-long celebration, will feature “Navy Day” on Wednesday, July 27.

• eVenture – Electric flight competition and the latest innovations in electric aircraft. An unmatched gathering of new innovations of electric-powered aircraft will be featured all vying for the $60,000 Electric Flight Prize.

ConocoPhillips, an integrated energy company with interests around the world, has reached a multi-year agreement to be the presenting sponsor of AirVenture’s “West Ramp” marquee attraction area, which will now be known as “ConocoPhillips Plaza” (previously AeroShell Square).

The ConocoPhillips Plaza during AirVenture 2011 will include the B-29 Superfortress “FIFI,” a U.S. Marine Corps AV-8B Harrier II, and Naval heritage aircraft honoring the Centennial of Naval Aviation, plus many other aircraft.

Additionally, ConocoPhillips is continuing its financial commitment to EAA’s Young Eagles program as the “presenter of the Young Eagles.”

You can save both time and money when you buy your tickets for AirVenture 2011 online. You save on admission prices, enter the gates quicker, and get to the excitement faster! Discount pricing ends June 15. Advance ticketing is made possible by Jeppesen.

Camping registration is also more convenient and efficient this year. Members can purchase Camp Scholler AirVenture camping for any arrival day. When you arrive in Oshkosh, checking in and getting to your favorite campground spot will go much faster. Make your reservations now, not later www.airventure.org, or by calling 800-564-6322.

The Federal Aviation Administration (FAA) has released the EAA AirVenture Oshkosh 2011 Notice to Airmen (NOTAM), highlighting arrival and departure procedures for the more than 10,000 aircraft expected.

The NOTAM, which is in effect July 22-August 1, outlines procedures for the many types of aircraft that fly to Oshkosh for the event, as well as aircraft that land at nearby airports.

For your free copy of the EAA AirVenture Oshkosh NOTAM, go to www.airventure.org/flying, or call EAA Membership Services at 800-564-6322. Additional hints and tips for pilots arriving at and departing from Wittman Regional Airport are also available online at www.airventure.org/atc.