BROOKLYN CENTER, MINN. – The annual conference and meeting of the Minnesota Aviation Trades Association (MATA) was held March 28 at the Earle Brown Heritage Center in Brooklyn Center, with a special dinner March 27 at the Embassy Suites located immediately adjacent to the center in honor of Pete Bunce, President of the General Aviation Manufacturers Association (GAMA). Bunce provided attendees with a “Washington Update” following dinner, and discussed “Advances In Aircraft Technology” as they relate to aviation fuels, now and in the future, the following day before both MATA members and participants at the Minnesota Aviation Maintenance Technician Conference.

Bunce noted that piston aircraft deliveries have declined since 2006, and turboprops and jets since 2008, but billings have been up since 2009, and he expects a bump in deliveries in 2012.

Sales have been good in South America and Latin America, as well as in Asia and the Middle East. “The world is waking up to GA,” said Bunce.

Bunce said that the GA fleet is aging. The average piston aircraft is 38 years old.

Bunce believes that Light Sport Aircraft (LSAs) are a viable alternative to conventional aircraft, but the industry picked the wrong numbers in regards to weight and special conditions. “The bars are too high to reach,” said Bunce, and blames the certification process for driving up the costs of aircraft today. One unanswered question Bunce has is, can we have a “crossover aircraft” to get a plane certified, including being instrument certified? 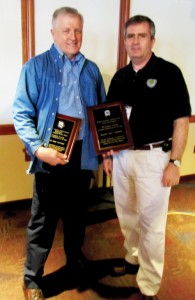 One panelist stated that employers conducting job interviews are prohibited from talking about age, race, sex, religion, birthplace, and disabilities, and encouraged business owners to have a checklist of questions that can and cannot be asked.

A prospective employee can volunteer information, but the employer cannot ask them anything outside questions pertinent to the job requirements and qualifications. The panelist urged business owners to obtain “employee practice liability insurance coverage.” The panel also covered the “Pilot Record Information Act,” which requires that aviation businesses retain records of current and past employees for at least 5 years. 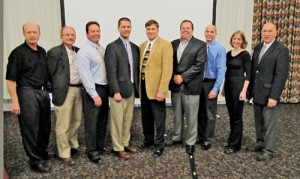 Officers were elected at a board meeting following the conference on May 5, 2011. Al Lange was elected president; Alex Haak, vice president; Greg Reigel, secretary; and Sara Wiplinger, treasurer. 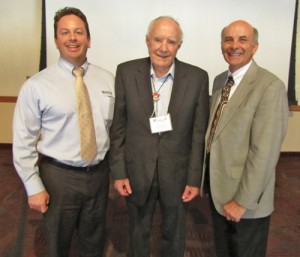 Recognized at the conference for distinguished service to the aviation industry was Bill Mavencamp, Sr. of Wright Aero, Maple Lake; and Kevin Doering of North Star Aviation, Mankato. Doering served as MATA president from 2007-2011. Outgoing treasurer, Mike Higgins of Exclusive Aviation, St. Paul, was recognized for his service at the board meeting.

This was the first MATA Conference held in conjunction with the Minnesota Aviation Maintenance Technician Conference, which is sponsored by the Minnesota DOT Office of Aeronautics.

MEMBERSHIP: If you are in aviation business and serve the Minnesota aviation community either directly or indirectly, you are encouraged to become a member of the Minnesota Aviation Trades Association. Membership information and an application form are available on the MATA website at www.mnaviationtrades.org, or by calling membership chairman Al Lange at 952-261-6672. 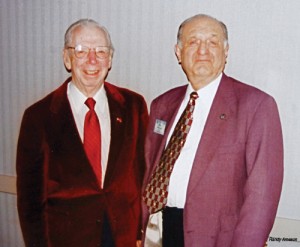 ROY ARNESON: Former MATA President and board member, Roy Arneson, 87, passed away March 26, 2011. Arneson was the owner and President of Flying Scotchman, Inc., located at Minneapolis Crystal Airport. The Flying Scotchman was in business for 53 years and during that time, trained hundreds of pilots, many who went on to successful careers in aviation. Arneson was very proud of his company’s safety record. During those 53 years of flight training, not one student or instructor was ever hurt! Flying Scotchman closed its doors on February 1, 2011.

SHERM BOOEN: Sherm Booen, 97, founder of the Minnesota Flyer magazine, and host of the World of Aviation television program, passed away April 4, 2011. Booen was a strong supporter and advocate of the aviation trades, and active in MATA.