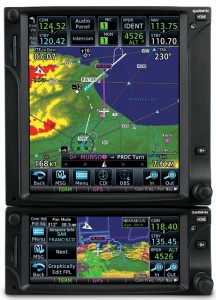 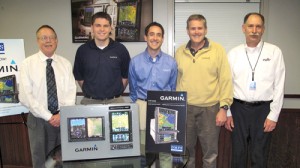 DMFS President John Lowe stated the new Garmin® “magic” series touchscreens are “the most significant new avionics introduction to the market in at least a decade. These new boxes are fabulous!”

Garmin International Inc., a unit of Garmin Ltd., raised the bar on March 23, 2011, with the announcement of the GTN 650 and GTN 750 series. These panel-mount units are certified and approved for installation in hundreds of makes and models of general aviation aircraft. The GTN 650 and GTN 750 feature new capabilities for GPS/NAV/COM systems like touchscreen operation, graphical flight planning with victor airways and high-altitude jet routes, remote transponder, remote audio control (750 series only), and SafeTaxi® and electronic chart capabilities (750 series only).

The most notable physical difference between the GTN 650 and 750 is the screen size. The GTN 650 has the same exterior footprint as the GNS 430W, but has a 4.9-inch screen (diagonal) that has 53 percent more screen area than the GNS 430W. The GTN 750’s large 6.9-inch screen (diagonal) has 98 percent more screen area than the GNS 530W, which makes it possible to view an entire chart via Garmin FliteCharts and ChartView™, as well as display integrated audio and intercom functions (with the new optional GMA™ 35 remote mount audio processor). In addition, both units display a greatly enhanced, higher resolution picture (GTN 650: 600×266 pixels; GTN 750: 600×708 pixel) that has over 5 times more pixels than the GNS 430W and 530W, respectively.

The touchscreen GTN 650 and 750 both feature a shallow menu structure, desktop-like menu interface with intuitive icons, audio and visual feedback, and animation so that pilots know exactly how the systems are responding to their input. The GTN has a touchscreen alphanumeric keyboard, and also utilizes a “back” icon for quick and easy operation.

Recognizing that hand stabilization will help make it even easier to enter data, both units have a finger anchoring bezel around the side of the display and fingerboard at the bottom of the screen. For those who prefer traditional data entry via buttons and knobs, the GTN systems have a dual concentric knob for data entry, volume/squelch knob, “home” button and “direct to” button so that pilots can do all the basic fundamentals – like establish a route and change COM frequencies – without using the touchscreen. With the home key, pilots are seldom more than two taps away from all primary pages and functions.

Thanks to built-in terrain, mapping and obstacle databases, the GTN provides a greatly enhanced, high-resolution presentation of the surrounding area. A built-in terrain elevation database shows color-coded alerts when potential terrain conflicts are ahead. Full Class B TAWS alerting is also available as an option. The SBAS/WAAS equipped GTN 650 and 750 let pilots fly GPS-guided LPV glidepath approaches down to ILS-comparable minimums. In addition, precise course deviation and roll steering outputs can be coupled to select autopilots so that IFR flight procedures may be flown automatically.

Because the GTN offers a wide array of compatibility with select Garmin avionics and sensors, Garmin has made it possible to have a consistent and intuitive interface to other systems – like audio and transponder – by creating simplified systems management functionality on the GTN flightdeck. Saving valuable panel space, Garmin’s new GMA 35 remote mount audio processor (optional) interfaces with the GTN 750 and makes it possible for the GTN to be used as a touchscreen control head for the aircraft’s audio and intercom functions. The GMA 35 helps streamline cockpit communications with record/playback capability for copying clearances. It also includes an internal microphone that senses the amount of ambient noise and automatically adjusts the cockpit speaker and the headset volume based on the level of noise in the cockpit. Garmin’s GTX 32/33/33D remote transponders (optional) also interface with the GTN 650 or 750 so that pilots can control transponder function from the GTN’s display. Optional versions of the GTX 33/33D mode S transponders are available which support ADS-B/Out.

The standard GTN 650 and GTN 750 feature a 10-watt COM, and a field upgradeable 16-watt version is also available. In third quarter 2011, Garmin will make available a GTN 725, which is similar to the GTN 750, and is a GPS only unit. Also, a GTN 625 will be available that is a GPS only unit, and a GTN 635 that is a GPS unit with a VHF communications radio. All units are SBAS/WAAS enabled.

DMFS hosted a VIP customer open house April 19, 2011 to introduce the new Garmin® products. The exhibit continued on the following day at the 2011 Iowa Aviation Conference held in West Des Moines where hundreds of more pilots viewed the “magic” technology for the first time.

For  information contact Doug Nehls at dnehls@dmfs.com or Arnold Hill at adhill@dmfs.com, or call 515-256-5300 http://sites.garmin.com/gtn/.