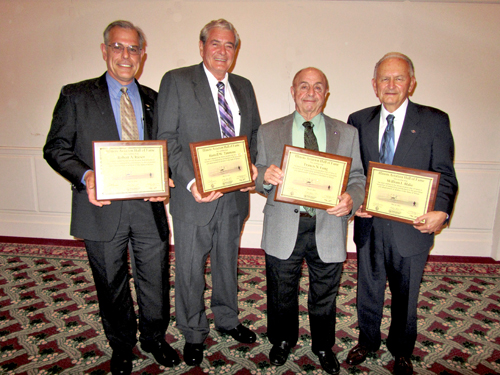 Investiture ceremonies to the hall of fame concluded the events of the Illinois Aviation Conference, May 25, 2011, at the President Abraham Lincoln Hotel & Conference Center in Springfield. 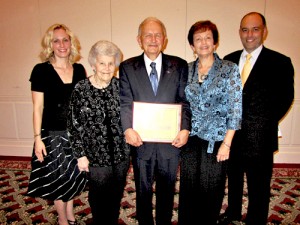 William Blake began flying at the University of Illinois Institute of Aviation. He is a graduate of the University of Illinois, and was an officer in the U.S. Army flying OH23 and CH 34 helicopters. Blake was chairman of the Greater Peoria Airport Authority, executive director of the Illinois Aviation Trades Association, an original member of the LifeLine Pilots’ Advisory Council, and served on the board of directors of the National Association of State Aviation Officials. From 1992-99, Blake was director of the Illinois Division of Aeronautics and is a lawyer in the state of Illinois.

Francis Lung co-founded the Ogle County Pilots Association in 1975, and in 1978, helped establish the Ogle County Airport (C55), which was named the Illinois Private Airport of the Year in 2007.

Robert Rieser has managed Aurora Municipal Airport since 1978. Under Rieser’s leadership, the airport has grown to support 27 businesses and their 400 employees, which will increase after HondaJet Midwest breaks ground on its new multi-million dollar sales and service center in July 2012.  Rieser has served on the Illinois Aviation Forum and twice as chairman of the Illinois Public Airports Association.

Harrel Timmons established a fixed base operation in Galesburg, Illinois in 1969, which is now called “Jet Air.” In 2009, Timmons flew a Cessna Citation 500 over the Arctic Circle to deliver it to the Aeronautics Program Ljungbyhed in Ljungbyhed, Sweden. Harrel serves on the boards of directors for both the National Stearman Fly-In and the Stearman Foundation.