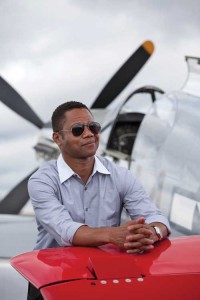 “I’ve wanted to do this film for a great many years,” said George Lucas, executive producer of Red Tails. “The Tuskegee Airmen were such superb pilots that it was essential for us to create visual effects that would live up to their heroism and put audiences in the cockpit with them. They became the best of the best—the top guns. It is an honor to bring to the screen a story inspired by their heroics.”