Appreciating What We’ve Got 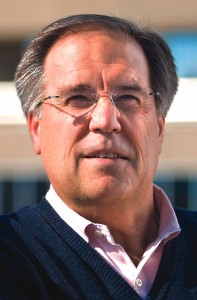 It’s that time of the year when we take stock of the things we’re grateful for, consider the achievements of the past 12 months, and prepare for the year to come. I have much to be thankful for, and I wanted to share some of those thoughts with you.

At this writing, we have no new general aviation “user fees,” and that’s something to celebrate. There have been numerous attempts to impose such fees, sometimes disguised in other language, but fees nevertheless.

We also have considerable support on Capitol Hill. In fact, the general aviation caucuses in the House and Senate are among the largest in Congress, and the members of both bodies have repeatedly demonstrated that they understand the value of GA and are prepared to defend it. Harrison Ford recently visited the Senate GA Caucus, and the event was a resounding success with every participating senator expressing their support for GA.

Numerous states have tried to impose new taxes on general aviation in the past year. Shrinking budgets and growing deficits send lawmakers on the hunt for new sources of revenue—and GA is often a target. But none of the proposed taxes became law—another cause for celebration.

Meanwhile, we’ve continued to find new and effective ways to communicate with you—from AOPA Live to digital editions of the magazines and more. And I am grateful to you, our members, for the enthusiasm with which you’ve responded.

AOPA Live videos have been played more than 2 million times in the past 24 months, more than 300,000 of you receive ePilot, and 200,000 subscribe to AOPA’s Aviation eBrief. Some 16,000 of you now receive the digital editions of AOPA Pilot and AOPA Flight Training. And we’ve got some good news for you iPad enthusiasts. We just launched a free app that lets you read your digital edition on your iPad—you can download it from the iPad app store.

I can’t possibly enumerate all the things I’m grateful for in this limited space, but I would be remiss if I didn’t mention the obvious—the wonderful freedom to fly that all of us enjoy. Nowhere else in the world do pilots have the kind of freedom we do. The contrasts are stunning. In Europe, fees and regulations hamper GA and make it inaccessible to many aviation enthusiasts. In China, general aviation is brand new and officials in that country are only just beginning the process of creating the infrastructure and regulatory environment that will allow it to prosper.

But here we have the tools, infrastructure, technology, and resources to keep general aviation strong. It’s not something we can afford to take for granted.