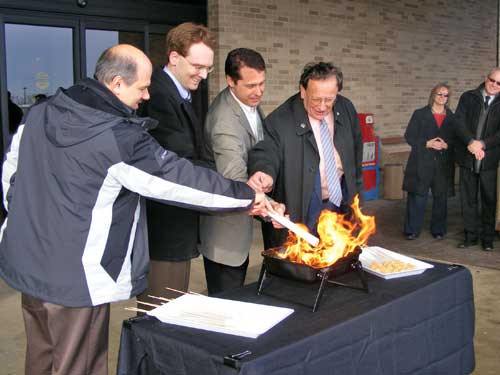 APPLETON, WIS. – Outagamie County Regional Airport (ATW) recently made a strategic move to retire debt on its terminal that underwent an expansion in 2001. At that time, bonds totaling $4 million were issued with a 15-year term. The airport chose to pay them off utilizing airport reserves in November 2011, which was 5 years early. This decision will save the airport $234,000 in interest.

“Paying off this debt early assists us in keeping our rates and charges for our terminal tenants, including airlines, competitive,” said Marty Lenss, airport director. “The airport is committed to providing convenient, modern, and affordable facilities to both its airline partners and customers.”

“We commend Outagamie County Regional Airport for their commitment to keeping costs low and using resources as efficiently as possible. Paying off the terminal early is just one example of this,” said Eric Fletcher, manager of airports for Allegiant Air. “ATW has been a great partner for Allegiant and we look forward to continued focus on low-cost and low-fares for Appleton residents.”

Allegiant Air, Delta Air Lines, and United Express serve the growing Fox Cities market. Outagamie County Regional Airport is an Enterprise Fund Department of Outagamie County, Wisconsin, and is supported wholly by airport user charges. No general tax fund revenues are used for the administration, promotion, operation, or maintenance of the airport in the system (www.atwairport.com).