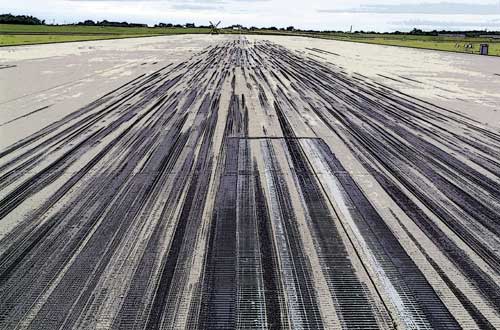 As aviators we are caught up in the task of flight planning, preflight and other important duties prior to departing and arriving at our home airports that we seldom have a chance to view what our activities really encompass – that being active participants in a very complex society.

As a pilot and former air traffic controller, I have observed tens of thousands of aircraft arriving and departing airports over the years, but I really never gave it much thought. Until one day while driving around my local airport, I noticed well defined black rubber tire tracks on the runway from landing aircraft. There were immeasurable amounts of them and each had their own story. I thought about what I had seen… military transports with troops returning from duty from afar… F-16s from our local guard unit on practice missions or returning from war… airliners with passengers arriving for business and vacations… and general aviation aircraft with individuals and families flying for recreation, student pilots involved with flight training, executives and technical people flying for business, and everyone under the sun, including university athletic teams, flying on charters. Then there were the medical patients on air ambulance and volunteer Angel Flights. Each aircraft left a well define, visual image on the runway, telling a story… those tire tracks!

This entry was posted in February/March 2015, Sections, WATA Difference and tagged Don Winkler. Bookmark the permalink.