U.S. Airways First Officer, Jeff Skiles of Oregon, Wis., copiloted the B-29 “FiFi.” Skiles and U.S. Airways Captain Chesley “Sully” Sullenberger are best known for making an emergency water landing on the Hudson River on January 15, 2009, when the Airbus A320 they were flying lost power on takeoff following a bird strike (U.S. Airways Flight 1549). EAA’s B-17 “Aluminum Overcast,” and EAA’s Ford Tri-Motor, also gave rides to the public.

A star of the event was World War II veteran Arnold (Arnie) Willis, who shared some stories from when he was a tail gunner on a B-17 as a member of the 303rd “Hells Angels” Bomb Group stationed in Molesworth, Cambridgeshire, England. After 35 combat missions over Germany, Willis returned to the United States in January of 1945 and completed a gunnery instructor course for B-29s in Laredo, Texas. 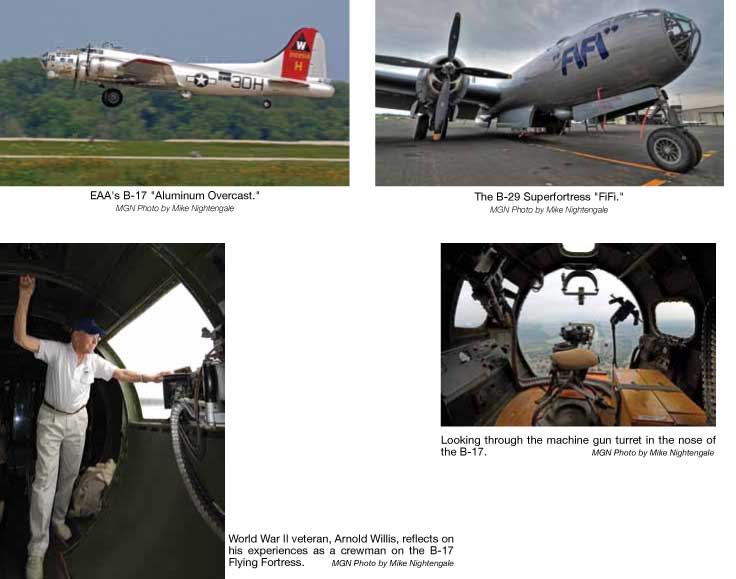