Humans tend to be creatures of habit. And while routines and habits may be helpful in some situations, they can be downright dangerous in others. For example, ask any automobile driver and they’ll tell you a stop sign requires you to bring your car to a complete stop. Yet how many drivers are in the habit of just rolling through them? While routinely rolling through a stop sign on a seemingly always empty street may not seem like a big deal, that bad habit could result in a crash at a less empty intersection. Likewise, performing tasks subconsciously out of habit can also inhibit our ability to recognize and react to unexpected changes.

In previous Aeronautics Reports, we’ve examined airport markings and how they can help pilots maintain good situational awareness. The same can be said for airport signs. While I expect the meaning of most airport signs are well known to readers of this magazine, I encourage you to use this opportunity to not only review the textbook meaning of certain airport signs, but also reflect on your own personal habits as they relate to navigating the airport environment. While there’s no such thing as a “rolling stop” for airplanes, pilots are not immune to forming bad habits of their own.

There are seven types of signs that can be found on an airport: mandatory instruction, boundary, location, direction, destination, information, and runway distance remaining. Many of these signs complement and even replicate airport markings.

Mandatory instruction signs come in several forms, but they all share the same general purpose, to indicate the entrance to safety critical areas, such as a runway. They feature white text on a red background. At an airport with an operating air traffic control tower, aircraft are generally required to hold at these signs until cleared to proceed by air traffic control. At an uncontrolled airport, aircraft are expected to verify that the area they are entering is free of conflicting air traffic before proceeding beyond the sign.

It’s a good habit to always look both ways
before crossing any holding position sign,
even if you’ve been cleared to do so by air traffic control.

Besides intersections with runways, mandatory instruction signs are also used to indicate several other important boundaries. At some airports, a taxiway may not intersect with the runway itself, but instead intersect with a runway approach area or the runway safety area. Accordingly, it may be necessary for aircraft to hold on the taxiway as to not interfere with traffic on the nearby runway. The runway approach area holding sign indicates this location on the taxiway. The sign’s inscription includes the runway designation for the approach, followed by a dash and the letters “APCH.” 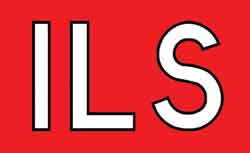 Similarly, some taxiways may also impact Instrument Landing System (ILS) critical areas. To protect against signal interference, these areas must be cleared of all physical obstructions (including aircraft) when in use. ILS critical area holding position signs are inscribed simply with the letters “ILS.” In addition, runways with more advanced category II and III landing systems may have additional holding position signs installed on parallel taxiways. The inscription on a holding position sign for these types operations is the associated runway designation followed by a dash and the abbreviation “CAT II/III.” 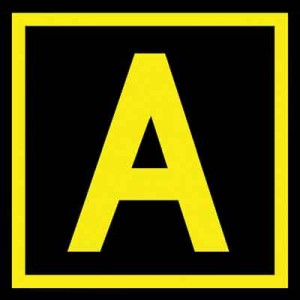 Typically, letters are used to name taxiways.
However, there are three letters which are never used.
Can you name them?*

Some airports may be compelled to provide additional information to pilots through the use of information signs. These signs also feature a yellow background with black text. Common examples of information displayed on these signs include VOR checkpoint information, noise abatement procedures, and radio frequencies. 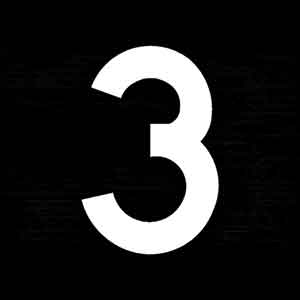 Finally, distance remaining signs provide pilots distance remaining information for takeoff and landing. These signs are located along one or both sides of the runway and feature a white numeral on a black background. The numeral indicates the number of thousands of feet remaining for the runway. On short, turf runways, where the opposite runway end is not visible, a single sign depicting “½” is placed midway down the runway denoting that only half of the runway remains.

To find out more about airport signs, check out Chapter 2 of the Federal Aviation Administration Aeronautical Information Manual or Advisory Circular 150/5340-18F. Stay tuned for the final chapter in our review of airport visual aids, “airport lights.”