To invent an airplane is nothing. To build one is something. To fly is everything.” Otto Lilienthal

“To invent an airplane is nothing.”

The history of the airplane from idea to flight is taught early in the Aviation 1 course to give students the perspective of the early pioneers of aviation, such as Leonardo da Vinci, the Montgolfier Brothers, Sir George Caylee, Otto Lilienthal, and the Wright Brothers. When learning about the accomplishments of Caylee and his flying tub, students are often surprised to learn that a flying apparatus existed 54 years prior to the Wright Brothers’ historic flight, which was piloted by a 10-year-old boy!

Hands-on education is stressed in STMA’s Technical Education Department and the Aviation classes are no exception. The first project in the class is to design and test an airfoil in the wind tunnel. Students sketch airfoil shapes, cut from balsa sheeting and use cyanoacrylate (super glue) to assemble wing sections. After the wing sections are covered by tissue, they are tested in the wind tunnel for lift efficiency. Prior to this activity, the instructor shares many stories regarding exacto knife and super glue incidents from past classes in order to avoid possible mishaps. Regardless, their inexperience using super glue will cause some students to ‘get attached’ to their projects. While the students think they are recreating the Wright Brothers’ airfoil design research, the instructor has a hidden objective: teach students how to build a model with exacto knives, balsa, tissue, and super glue.

“To build one is something.”

With their newly found model building skills, students are ready to construct a rubberband-powered balsa airplane. To assist in the build process and provide a foundational design for a possible successful flight, the instructor provides airplane plans complete with laser cut ribs and formers. The airplane project gives students the opportunity to observe the four forces of flight: lift, thrust, drag, and weight, and how they affect each other. The design allows for students to adjust the wing placement for a perfectly balanced airplane. In addition, students need to incorporate a downward force on the empennage to create inherent longitudinal stability. For lateral stability, students need to incorporate an effective dihedral. Straight and level is the goal, and the best airplanes to accomplish this goal are built with acute attention to detail, due diligence, and patience.

“To fly is everything.”

Fly day consists of reserving the gymnasium for a flight from the top of the bleachers to the other side. Grading is based on distance traveled across the gymnasium. To achieve the best grade, students need to have the aircraft finely tuned for the straightest and most level flight possible. Students are reminded that as soon as the airplane leaves their hand, it relies on their efforts to tune and adjust the flight controls for a straight and level flight. The reward can be large for the best flights as students can earn significant extra credit for reaching the bleachers on the other side. While students are naturally competitive with each other, the class always cheers the loudest when an aircraft gently powers through the air in a glide ratio that flies to victory!

After the excitement of fly day has passed, students finish the trimester learning about general aviation topics related to becoming a private pilot. They study airport markings and layout as they draw an airport diagram. Included in the drawing, students must have accurate runway numbers in reference to a north symbol, runway markings for instruments, a crosswind runway, taxiways, a windsock, a PAPI/VASI, and all legs of a traffic pattern. A sectional chart reading exercise has them learning latitude and longitude, determining headings and distances with a plotter, and identifying airport information and other chart symbols. Students also practice flight planning and get a quick lesson in airspace as they prepare for a real flight… virtually speaking. Flight simulation provides students the opportunity to fly cross country from Bemidji (KBJI) to Brainerd (KBRD) to Duluth (KDLH) and back to Bemidji. A quick preview of the sectional gives them some pilotage information for the flight and they rely on their newly acquired plotting skills for dead reckoning.

Roughly one half of the students enrolled in Aviation 1 enroll in the Aviation 2 course. This course focuses on one task: building a radio-controlled airplane from scratch. After a few remedial presentations on aerodynamics and stable flight control characteristics, students work in pairs to begin the arduous journey of building a radio-controlled airplane. Similar to the rubberband-powered airplane, a few items are provided, such as the airfoil, fuselage formers, and basic plans. Students are given lessons on radio-controlled radio systems operation, LiPo battery safety, electric motor/speed controller functioning, and servo linkage connection. Given this introductory information and basic part supplies, students are left to problem solve the final aspects of design, such as radio installation structure, battery compartment access, engine cowling and paint scheme.

Since most of the students enrolled in this class are seniors and have taken various technical education classes, the technical skills of these students are excellent. Some students design the paint scheme with CorelDraw and cut stencils using the laser cutter. Other students use the 3D printer to design engine cowlings or canopies, and some braze wire together for lightweight landing gear. One group chose the old-school method to create an engine canopy by carving and sanding balsa wood. All airplanes incorporate group collaboration, problem-solving skills, and hard work to complete the flying machine within the time constraints.

After a detailed checklist has been implemented, an airworthiness certificate is administered by the FAA, otherwise known as the instructor. Photos are taken and the class heads out to the flying field, also known as the soccer field. Flying skills among the students are various and most groups usually request the instructor to fly their plane around the patch to trim the controls. Some students, feeling confident from weeks of practice on the RealFlight RC flight simulator, will take their turns at the controls. All students revel in the joy of flight by any model as they recognize the hard work and dreams precariously bouncing through the sky. It is then that they truly understand Otto Lilienthal’s words from long ago – “To invent an airplane is nothing. To build one is something. To fly is everything.”

Over the past 20-plus years, the STMA Aviation Program has evolved and improved to include more private pilot ground school topics, improved model airplane designs for more consistent success, and incorporated outside resources, such as tours of the Minnesota National Guards St. Cloud Army Aviation Support Facility at St. Cloud Regional Airport, St. Cloud, Minnesota (KSTC), and West Metro Aviation in Buffalo, Minnesota (KCFE), hosted by Michael Wiskus. Today, the STMA Aviation Program currently boasts two students who have soloed, three students in the University of North Dakota Aviation Program, and one student attending the Aviation Maintenance Program at Northland Community & Technical College. Many former students throughout the programs history have also found wonderful careers in the military and air traffic control.

One thing is for certain: the program will continue to change and improve. As Helen Keller once said, “A bend in the road is not the end of the road… unless you fail to make the turn.” Even though there may not be any roads in the sky, the STMA Aviation Program will always be looking to improve its aviation education to inspire students.

EDITOR’S NOTE: Roger Bovee has been a technical education and engineering instructor at St. Michael-Albertville High School for the past 18 years, and a classroom teacher for 25 years. He holds a Private Pilot Certificate and is currently working on his Instrument Rating. Roger Bovee is a member of the Delta Aviation Flying Club in Buffalo, Minnesota (rogerb@stma.k12.mn.us). 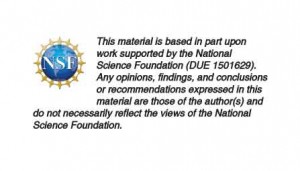