Weather information plays a crucial role during flight planning and in flight. From your local TV meteorologist, to airport-specific observations and forecasts, weather information can be obtained from many sources in written, verbal, and visual formats. As with any information, it is important to understand where this information comes from and its intended purpose before using it for decision-making.

What is Automated Weather Reporting? 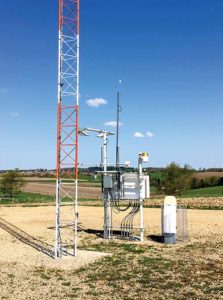 Other than glancing at the windsock, automated weather reports are probably the most common source of weather information for pilots. Even if they’ve done nothing else, most pilots will listen to the weather report prior to takeoff or landing, assuming one is available.

The primary purpose of each of these systems is to identify and report current weather conditions at a particular airport. This is done through a series of specialized sensors, which measure current weather conditions, such as temperature, wind speed, wind direction, cloud height, and visibility. This information is then updated and broadcast on a continuous loop to pilots through an automated recording. 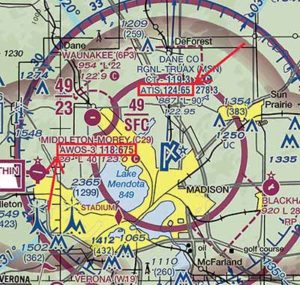 Most pilots are accustomed to listening to the recording over the radio. Radio frequencies, as well as the automated weather reporting system type, can be found on several Federal Aviation Administration (FAA) publications, including sectional charts, approach plates, and airport diagrams. Alternatively, you can listen to the recording over the phone. The FAA chart supplement, and other popular third-party aviation resources like ForeFlight and AirNav, will list both the frequency and phone number.

No matter which service you call, the information given will be in the same order:
1. Airport Name Identification
2. Time of Report (in Zulu time aka Universal Time Coordinated aka Greenwich Mean Time)
3. Wind Direction and Speed
4. Visibility
5. Sky Condition
6. Temperature and Dew Point
7. Altimeter (i.e. Atmospheric Pressure)
8. Additional Remarks

To the end user, both AWOS and ASOS weather reporting systems are functionally the same. The only real differences are behind the scenes. For instance, the methodologies for deriving various readings may vary by the specific equipment and software installed. Another primary difference is who owns and maintains the equipment. AWOS are systems owned by the airport and are typically acquired with FAA funding assistance. In Wisconsin, the state administers and funds a statewide AWOS maintenance program to keep the systems in working order. There are 51 AWOS-equipped airports in Wisconsin.

These systems are further classified depending on their capabilities as follows:

Conversely, the ASOS program is a nationwide network of weather stations which facilitate both aviation and non-aviation specific weather forecasting. The system is managed jointly by the National Weather Service, FAA, and Department of Defense. At a minimum, an ASOS will provide the same capabilities as a AWOS-III P with some additional capabilities. There are 18 ASOS-equipped airports in Wisconsin.

ATIS is a tool used by air traffic control facilities to alleviate frequency congestion by broadcasting essential information routinely needed by pilots through a looped message on a separate radio frequency. Weather information is a primary component of the ATIS radio broadcast, along with other information, such as notices to airmen, active runways, and available approaches. Each iteration of the ATIS broadcast is assigned a letter in the phonetic alphabet used by air traffic controllers to verify receipt of the information from pilots.

ATIS is not a standalone weather observation and reporting system. The weather information itself is derived from the on-field AWOS or ASOS. However, in some instances the automated weather observations are augmented by qualified aviation weather observers. If the air traffic control facility closes during certain hours, the ATIS broadcast will revert to the standard AWOS/ASOS recording. Similarly, calling the phone number listed for an airport with an ATIS will connect you to the AWOS/ASOS recording, rather than the actual ATIS broadcast.

Other Remarks and Notices

In some locations, airports may have the ability to record special remarks or notices to be included at the end of AWOS or ASOS transmissions. These messages, in addition to those remarks given on an ATIS broadcast, are not a replacement for the Notices to Airmen (NOTAM) system. Airports are still expected to publish appropriate NOTAMs and pilots should always check an official source for a comprehensive list of active NOTAMs.

How old is your weather information?

Other than your firsthand observations, like noting the position of the windsock or raindrops on the windscreen, any weather information you receive is not “real-time”. The age of the information depends on the source. AWOS and ASOS transmissions are updated every minute. While those systems are responsible for providing the weather information for ATIS broadcasts and the airport’s written Meteorological Aerodrome Report (METAR), these sources of weather information may be up to an hour old. Both ATIS and METARs are generally updated 55 minutes past the hour, but can be updated more frequently, especially during changing weather.

Occasionally, AWOS components may stop working for one reason or another. If you are an airport manager and this happens at your airport, DO NOT attempt to fix the system yourself. We know most airport managers are “go-getters”. It may be tempting to try and troubleshoot and fix the problem yourself. DON’T DO IT! Only FAA-certified AWOS technicians may service an AWOS. Trying to save time or money by doing it yourself may ultimately jeopardize the entire system, even if your fix is successful.

For any AWOS issues in Wisconsin, contact Michael Menon at 608-267-5272 or Michael.Menon@dot.wi.gov.

For more information about automated weather reporting systems, see the FAA Aeronautical Information Manual and visit faa.gov/air_traffic/weather/asos/ for a full listing of AWOS/ASOS system information in your state.