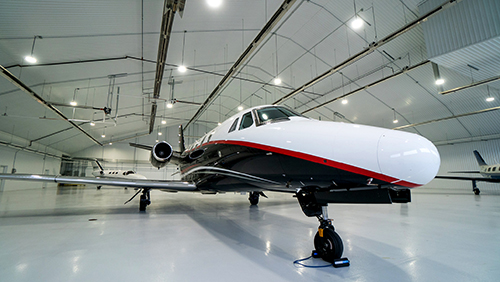 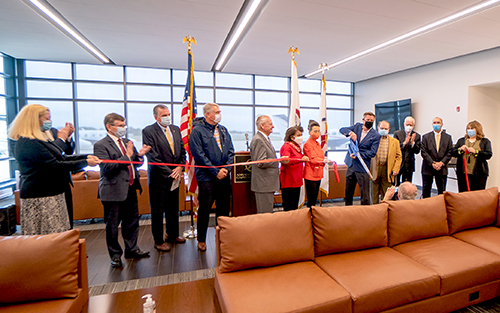 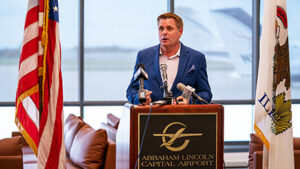 Brad Kost, Chief Operating Officer for Stellar Aviation Group, said, “We are very pleased with the results achieved by the Springfield Airport Authority, its dedicated staff, and forward-thinking board of directors on this General Aviation facility project. Springfield now has a facility to greet and service its guests that is worthy of the great capital city of Illinois. We are pleased to call this amazing facility our new home.”

Kost commended Knight Engineers and Architects for incorporating some of the existing 1950s and 1960s-era building materials into the new design. Nearly $2.2 million was saved by reutilizing the existing concrete floors and structural steel, and the reduction of demolition debris that would have otherwise been hauled off-site to a landfill. Halverson Construction Company was the general contractor for the nearly $8.25 million rehabilitation and expansion project. 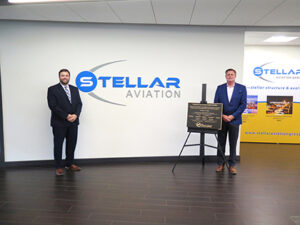 Airport Executive Director Mark Hanna stated that the project took a considerable amount of shared cooperation and coordination by the many stakeholders and thanked them for their involvement with the project. The end product resulted in a first-class facility to serve General Aviation.

The project was accomplished in approximately 18 months from demolition to dedication. In addition to the new GA complex, Capital Airport has other projects underway that will enhance the operation and safety of the airport, including a $2 million parking lot and $7 million terminal building rehabilitation and expansion. On the airport side of the facility, there are over $20 million in planned rehabilitation, mitigation and safety projects that are projected to begin in 2021.