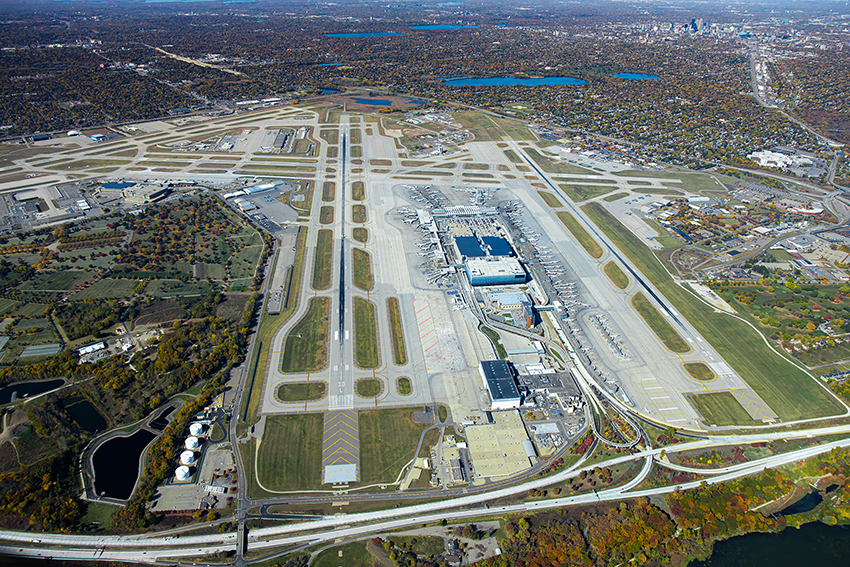 MINNEAPOLIS-ST. PAUL, MINN. – How does a major commercial airport contend with a pandemic that has all but shut down operations? Answer: Cut any non-essential expenses; temporarily close any non-essential terminal concourses; rely on government bailout money to cover debt service; and invest in infrastructure which will best fight the virus and improve operations at a time when there is less congestion. That’s at Minneapolis-St Paul International Airport (KMSP). As for its six (6) reliever airports, airport improvement projects have continued as well, and overall traffic has actually increased in recent months. 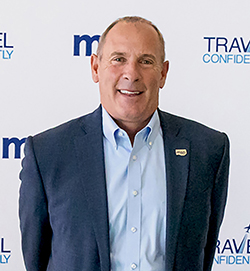 Leading this positive response to the pandemic has been Brian Ryks, 57, Executive Director of the Metropolitan Airports Commission (MAC). Ryks replaced longtime executive director Jeff Hamiel in 2016, who served MAC for 39 years.

Brian Ryks was born in Lakeville, Minnesota, and received a Bachelor of Arts Degree in Criminal Justice Studies with a minor in Aviation at St. Cloud State University in 1990. He first worked at MAC as a noise and operations technician and went on to become a noise abatement manager at Stapleton and Denver International Airports in Colorado (1990-95). He became the manager of Aberdeen Regional Airport in South Dakota (1995-97); and St. Cloud Regional Airport in Minnesota (1997-2002). In 2002, he was named executive director of the Duluth Airport Authority in Minnesota (2002-12), then executive director and chief executive officer at Gerald R. Ford International Airport in Grand Rapids, Mich. in 2012.

Ryks is an instrument-rated private pilot, which enhances his understanding of the system, and the importance of reliever airports. 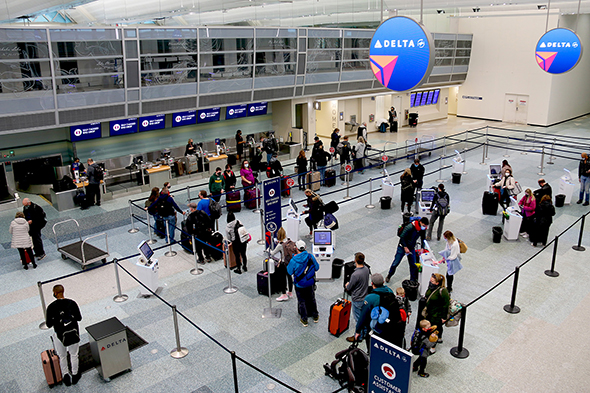 KMSP is normally the 16th busiest airport in the United States in terms of passenger traffic, the 13th busiest airport for aircraft operations, and has generated nearly $16 billion in annual economic activity in the Twin Cities. The airport supports more than 76,000 area jobs.

“I thought the speedbump in my career would have been 911, but the pandemic has been so much deeper,” says Ryks. “I mean we had the great recession when we saw airlines struggling, but we’ve never seen anything like this.

“We started the year (2020) off with a 6.5% increase in passengers in January and up 9% in February, and that was coming off our all-time high in 2019 with 39.5 million passengers. So, we were expecting to set another record this year.

“In doing joint presentations with Jeff Davidman of Delta at various events, we described how the Highway 5 project would impact travelers, TSA staffing, etc., and then things started dropping. In April, we had an all-time low with passengers going through TSA checkpoints, down 95% from 2019 levels. It’s been unbelievable, with the airline industry slated to lose $23 billion in 2020.

“When it comes to bond issues, lenders test us pretty hard. You can support a bond with a 20% decrease in passengers, and we didn’t think it would get to that, and that was in early March. But I had to tell our board that we were faced with a 60% decrease in activity from 2019.

“So, a tough year. When we got into it, we had to look at our capital improvement and operating budgets, cut wherever we could cut. We still needed to maintain the asset and remain in compliance from an FAA standpoint…we have to move snow and do all of that stuff, but we don’t necessarily have to have all of the terminal concourses open, based on the reduction of activity.

“That’s how we went about things. We took about 10-11% in expenditures out of our operating budget of $213 million. Our revenues were projected at $409 million, and that will be down $194 million, which is just unbelievable.

“We were fortunate early on to get in on some Cares Act funding – the $10 billion that airports got. Our share of that for KMSP and our six reliever airports was about $125 million, which we are using to pay our debt service. We are also working with the airlines and concessionaires to defer some of their costs, and that’s been a long process to put those measures in place.

“We have about 125 food and retail businesses at KMSP. During the deepest part of this past year, there were only approximately 25 businesses even open. As of the end of 2020, we were back to only half of our businesses operating, but most with limited hours.

“Most of the travel has been leisure… not much business travel. It will take longer to get some of our international travel back, especially to Europe and Asia.

“The important thing we did early on was to keep our employees safe, partner employees safe, and our passengers safe, from wearing masks to our award-winning sanitization efforts, including using electrostatic equipment and shields, providing passengers with prebooked parking online which is a no-touch system, and putting together a preparedness plan and travel guide.

“While we cut $125 million out of our capital improvement program, we actually sped up some of our projects that did not require a federal match, so we could work on them while activity was down. One example of that was work on our inbound roadway. We were able to shut down all but one lane. Another project underway is to add 100,000 square feet to our terminal, so we will be able to accommodate up to 55 million passengers a year. We also need this extra space right now for social distancing. Delta also wants to create another Sky Club, so we are continuing that project, since we are not using that space right now.

“At MAC’s six reliever airports – Airlake (KLVN) in Lakeville, Anoka County-Blaine (KANE), Crystal (KMIC), Flying Cloud (KFCM) in Eden Prairie, Lake Elmo (21D), and St. Paul Downtown (KSTP) – traffic has been pretty good with the exception of St. Paul Downtown Airport which has been down because of a decrease in business jet activity. The traffic at the other five reliever airports has been up as a result of increased flight training, low fuel prices, and people having more free time! At Flying Cloud and Anoka, both flight training and corporate activity has been strong, with more than 22,000 operations combined during July, the busiest month for MAC reliever airports.

Phase 2 of the Lake Elmo project that got underway in late 2019 has likewise continued. That project involves relocating and extending Runway 14/32 from 2849 to 3500 feet; realigning 30th Street North around the relocated runway protection zone and reconnecting it to the existing intersection with Neal Avenue; reconstructing and extending the crosswind runway, 4/22, from 2496 to 2750 feet, and numerous other projects.

At Airlake, there’s a major hangar development project on the south side of the airport to meet a growing demand.

Ryks said that the commission created a Strategy and Engagement Department to do outreach with its relievers and other stakeholders, and has utilized video conferencing to keep everyone informed and engaged.