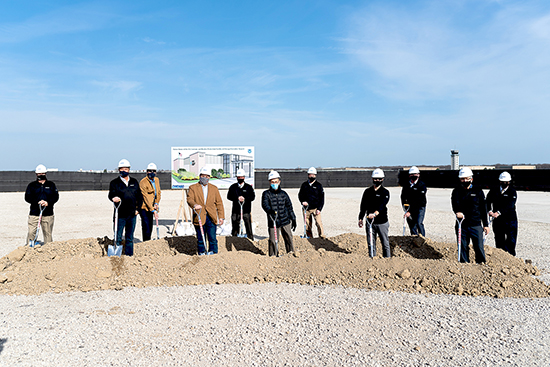 PROSPECT HEIGHTS & WHEELING, ILL. – The Chicago Executive Airport (CEA) board of directors and staff held a groundbreaking ceremony November 19, 2020, for the construction of a new 3,400 square foot facility for U. S. Cus-toms and Border Protection (CBP). The $3 million building will serve as a modern, standalone facility for customs officers to clear incoming aircraft and passengers. Located at the south end of the airfield, the facility will be built on the former site of Hangar 4 which was demolished earlier this year. A new apron is planned for the airside and a new parking lot for the landside. The facility is scheduled to open late-summer 2021.

The construction of the facility demonstrates the airport’s ongoing investment in infrastructure which supports Chicago Executive’s almost $400 Million annual economic impact on the Village of Wheeling, the City of Prospect Heights, and the entire community.