Pilot Donates Airplane To Save Lives 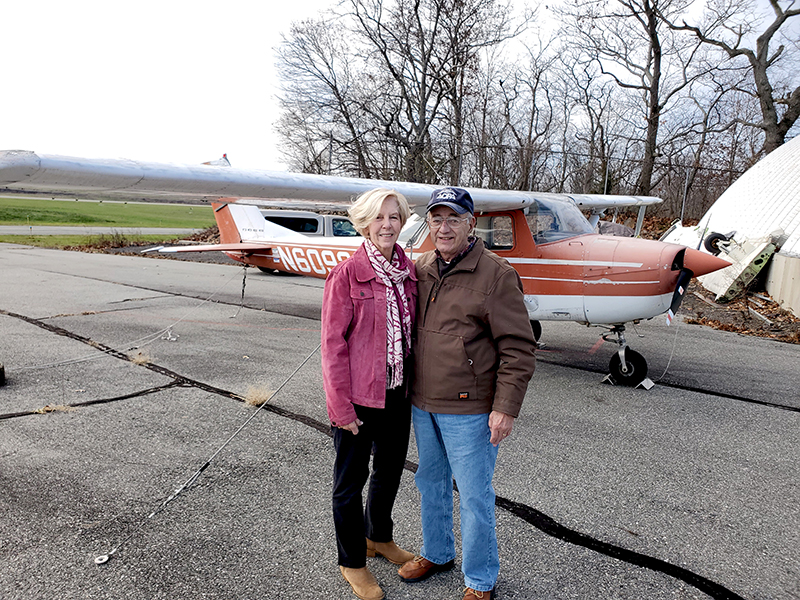 CANTON, MASS. – 83-year-old, retired police captain, Joe Michallyszyn, spent 50 years looking down on Massachusetts from his airplane. When he soloed in 1973, he was the youngest pilot flying into Beverly Airport that day. A few years later, he purchased his 1969 Cessna 150k, the plane that would carry him through New England skies for the next 40 years. At age 83, when he took his last flight at the beginning of 2020, he was the oldest pilot flying into Beverly Airport and is now a proud member of “UFO” (United Flying Octogenarians), an elite group of pilots-in-command who are over 80 years of age. There are only 1500 members in this exclusive club in the world and Joe is very proud to be one of them.

When Joe decided that it was time to quit flying, he wanted to take his last flight with someone who had never flown before. So, he asked an acquaintance of his, Julie Kiricoples, to go with him.

On that day, Joe and Julie had a perfect flight: a flawless takeoff, effortless flying up and down the coast, and a landing so smooth they couldn’t even tell when they had touched down. Joe couldn’t have imagined a better way to end his journey as a pilot and begin his journey with his now life-partner, Julie.

Back on the ground, Joe started looking for someone to buy his airplane when he saw an advertisement by MatchingDonors.com. The organization accepts donations of cars, boats, real estate, and sure enough, airplanes, to raise money to help people who need lifesaving organ transplants.

Twenty-two (22) people die every day in the United States waiting for a kidney transplant, most waiting 7 to 9 years on the government’s organ donor list. Many patients get their transplant through MatchingDonors.com within six (6) months, or less, of signing up on their website.

Joe recalled a member of his church who had needed a kidney transplant to save his life, so he decided that donating his airplane to MatchingDonors.com would do more good than selling it himself.

For additional information, go to: MatchingDonors.com.