He Flew For Elvis & Now They Fly With You! | Midwest Flyer – General Aviation Magazine

He Flew For Elvis & Now They Fly With You! 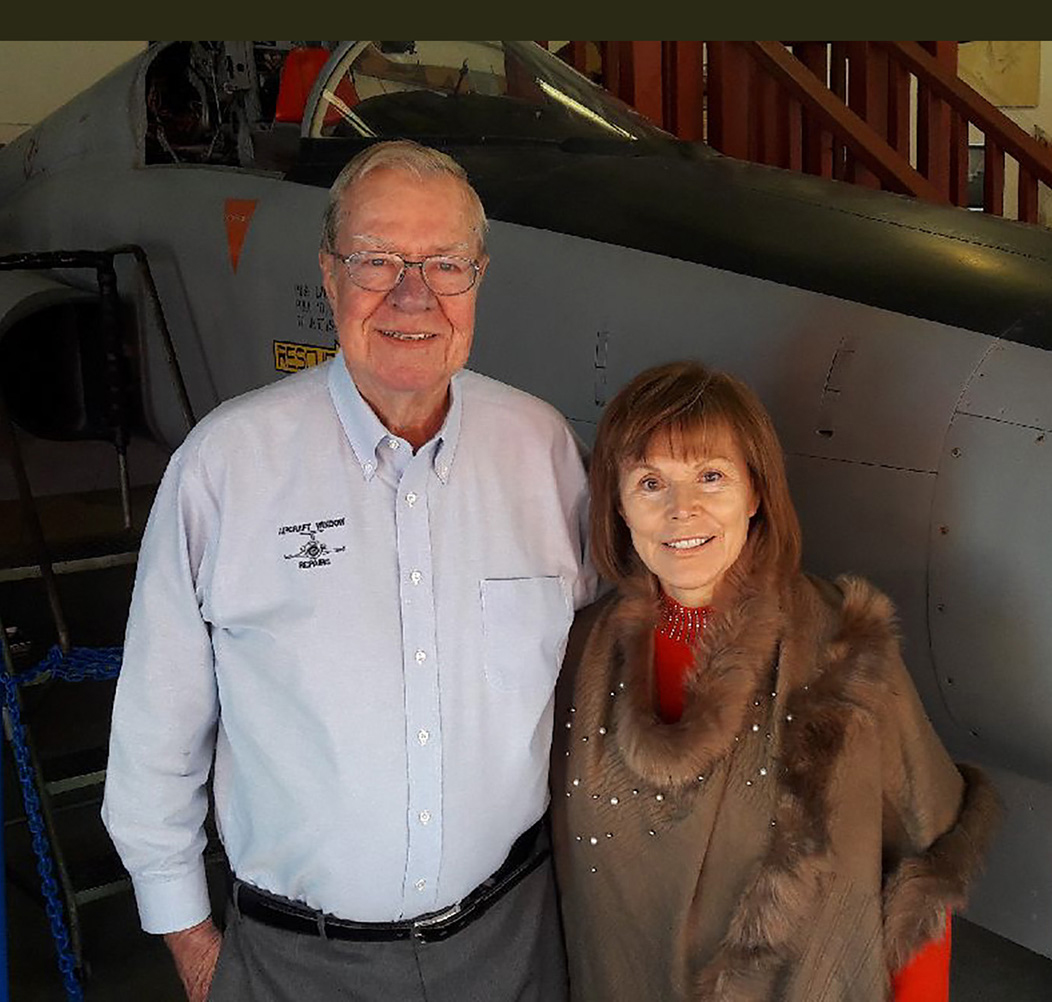 Bob and Kathi Cupery standing in front of the USAF Northrop F-5 jet fighter at the Western Museum of Flight.

If you are fortunate to own a corporate jet, airliner, or warbird, chances are you realize the economics – and sometimes the need – to “repair,” rather than “replace” expensive and sometimes rare windows. Among the few companies that provide window repair is Aircraft Window Repairs (AWR) in Torrance, California.

Robert (Bob) Cupery and his wife, Kathi, own AWR, a division of Cupery Corporation, and like most husband-and-wife teams, they live and breathe the business. Bob is the technical manager of operations, and Kathi is president/CEO and general manager.

While Bob Cupery was a flight engineer for the CEO of Northrop Grumman, returning home on a flight from Guam aboard a Gulfstream II, he noticed that the windshield had cracked. So, to avoid having the aircraft grounded, he ordered a new window and replaced it the next day.

On the flight home, a light went on in Bob’s head… why not repair aircraft windows and do so at a fraction of the cost of a new window? Forty (40) years later, AWR flourishes with customers throughout North America and abroad. Customers will either ship their windows to California or AWR technicians will at sometimes fly to wherever the aircraft is based or stranded.

Cupery and his team are constantly updating their methods, and have set the standard for on-quality, on-schedule, and on-budget service. The company is certified for all major aircraft manufacturers and airlines to make the necessary repairs.

“Aircraft windows and the lenses that cover aircraft landing lights will eventually succumb to the stresses of atmospheric particles, which can cause scratches, abrasions, and cracks,” says Bob Cupery. “A tiny scratch over time can deepen and weaken a window, so we try to repair the scratch before it becomes a major issue and the window must be replaced.”

There is an outer and inner pane on windows. Most outer panes require more refurbishing than the interior panes, because of scratches. AWR’s mission is to fully understand the stress tolerances put upon the windows of today’s aircraft.

From inside the aircraft, AWR measures each window with calibrated equipment, before and after a window has been repaired or overhauled. Panes that no longer meet minimum thickness are replaced.

AWR maintains a complete library of maintenance manuals containing reference to the details, characteristics, and quality standards for each type of window and landing light lens.

Since 1979, AWR has restored over 100 types of corporate jet windows and has processed acrylic and polycarbonate lens repairs with AWR8000 and AWR8000XL. That’s right… AWR uses its own products it has developed to repair windows and lenses! AWR also sells AWR P-17 prisms and P/N PMA-AWR25FCR550 desiccator assembly kits for Beechcraft Hawkers. (A desiccator is an airtight container which maintains an atmosphere of low humidity using a suitable drying agent which occupies the bottom part of the desiccator.) In addition, AWR overhauls deice plates for Piper and Cessna aircraft.

“Since I lived the life of a flight engineer and mechanic, and was International Director of Quality Control at Northrop, I understand the problem of deteriorating or damaged windows and what the customer needs – service and quick turnaround,” commented Cupery.

Bob Cupery is in the Who’s Who among Fortune 500 companies and well-known within the National Business Aviation Association (NBAA) of which AWR is a member, among other professional associations.

Before joining her husband in the business, Kathi Cupery owned a staffing agency which specialized in placing engineers and administrators in the aerospace industry – experience that has paid off in working at AWR. AWR has a staff of 15 employees, some of whom have been with the company for more than 25 years.

AWR is the recipient of the FAA Diamond Award for outstanding work, and Bob Cupery is the recipient of the FAA Charles E. Taylor Master Mechanic Award for providing the aviation community 50 or more years of aircraft maintenance service. (Charles E. Taylor was the first aviation mechanic of powered flight. He served as the Wright brothers’ mechanic and is credited with designing and building the engine for their first successful aircraft.) Cupery is also a trustee at Western Museum of Flight, located at Zamperini Field in Torrance.

Over 1,000 fixed base operators and aircraft maintenance repair operators have avoided the replacement of their windows, lenses, and deice plates, thanks to AWR.

So where does “Elvis” fit in with this story?

Among the people who chartered aircraft that Bob flew as a flight engineer was none other than the King of Rock and Roll, “Elvis Presley.” Bob also flew “Cher” and many other celebrities. “Yes, it was fun,” said Cupery, “but the responsibility is the same whether you are flying entertainers as famous as Elvis or Cher for a concert, business executives for a meeting, or a family for a winter vacation. But I will admit, flying Elvis was fun, and making small talk with him over breakfast, memorable.”

Aircraft Window Repairs – a division of Cupery Corporation – is a recipient of the FAA Diamond Award Certificate of Excellence. FAA/CRS # XK3R974L / EASA.145.4359