A Bright Spot On The Prairie

Sometime if you find yourself over the seemingly endless flatlands of Kansas and about halfway between Wichita and Tucumcari, you might look down and notice the town of Liberal, Kansas. Just west of the town, there’s a large tract of land that looks a lot like one of the “standard” airport layouts that were constructed during WWII. Most were built as triangles with center taxiways, but those with four runways usually had them aligned with 45-degree separations. Numerous facilities were constructed around the country; however, there was a larger concentration in the southern states due to better weather for flight training.

In the case of Liberal, the Army Air Corps constructed a facility on 1,947 acres that would be home to the Second Air Force’s B-24 training command. In fact, during a period of just over 27 months, 4,468 pilots graduated from the facility or approximately 1/3 of all the B-24 pilots trained during WWII. For those of you who are history buffs and sporting some grey hair, one of those trained as a B-24 Commander was former Senator and Presidential Candidate, George McGovern.

The pilot candidates were all newly commissioned officers who had just graduated from one of the Training Command’s Advanced Twin-Engine Flying Schools. B-24 pilot training lasted 9 weeks; however, a new class was initiated every 4 ½ weeks. Because the training was for “heavy” bombers, the runways were 7,000 feet long by 150 feet wide. Serving the runways were 100 ft. wide full parallel taxiways. About a year after the first three runways were built, the Training Command constructed three additional parallel runways and a perimeter taxiway that encompassed all the runway ends to handle the traffic.

Like many former WWII Army Airfields, they became surplus property after the war. Some totally disappeared from existence, but many were turned over to local governmental units. Excess buildings and demilitarized equipment were sold or shipped to other military facilities. The remaining students and B-24 aircraft were transferred to Hondo Army Airfield to complete their training. At the completion of the “inactivation,” Liberal Army Airfield was turned over to the City of Liberal. Nice, but not so nice. Military bases have a lot more pavement to maintain than is needed which requires more expense than small towns can usually afford. As such, the city chose to maintain two of the original runways, 17-35 which is 7105 x 100 ft. and 4-22 at 5,000 x 75 ft. Runway 35 has an ILS and high intensity lights and runways 4, 22 and 17 have RNAV/GPS approaches with Runway 4-22 having a medium intensity lighting system. Both runways are in excellent condition. Today, FBO services are provided by Lyddon Aero Center, Inc.

In 1951, Beechcraft leased some of the old hangars and were contracted to build aircraft wings for Lockheed Aviation. Later, in the 1960s and 1970s, Beechcraft started building several of their single-engine aircraft at Liberal, notably the Sierra, Musketeer, Sundowner and Skipper, and the twin-engine Duchess and Baron. 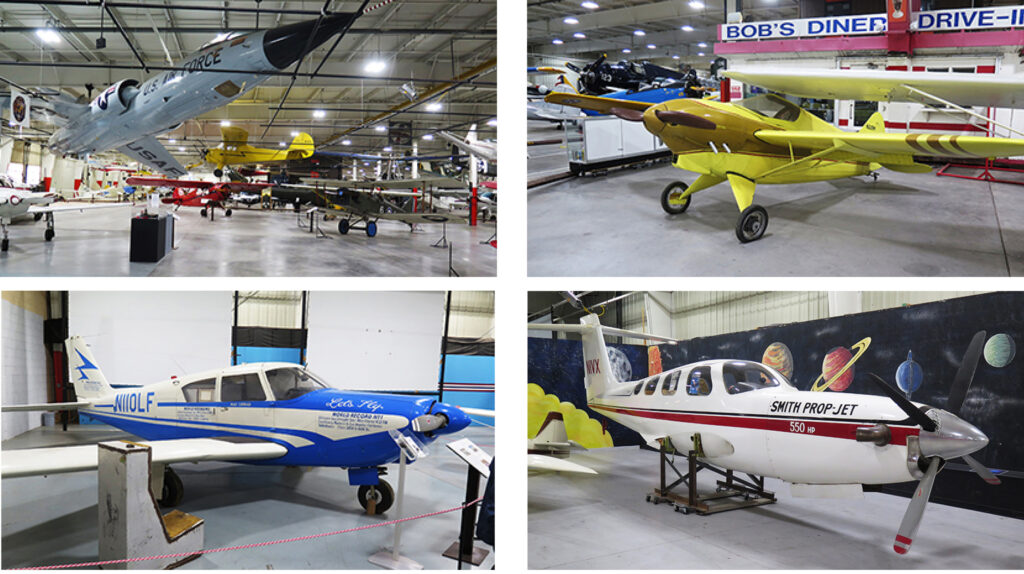 When Beechcraft consolidated their manufacturing facilities, they left a relatively new building near the south end of the original 60-acre airport ramp. It is now the home to a “bright spot on the Prairie,” the Mid-America Air Museum. It started out small in the 1980s, but with a donation of 53 aircraft to the City of Liberal by Col. Tom Thomas in 1997, it became one of the largest air museums in the country. Since 1998, the collection has nearly doubled with over 100 aircraft on display and a few more in storage awaiting restoration. Included in the collection are several aircraft “on loan” from various branches of the military. 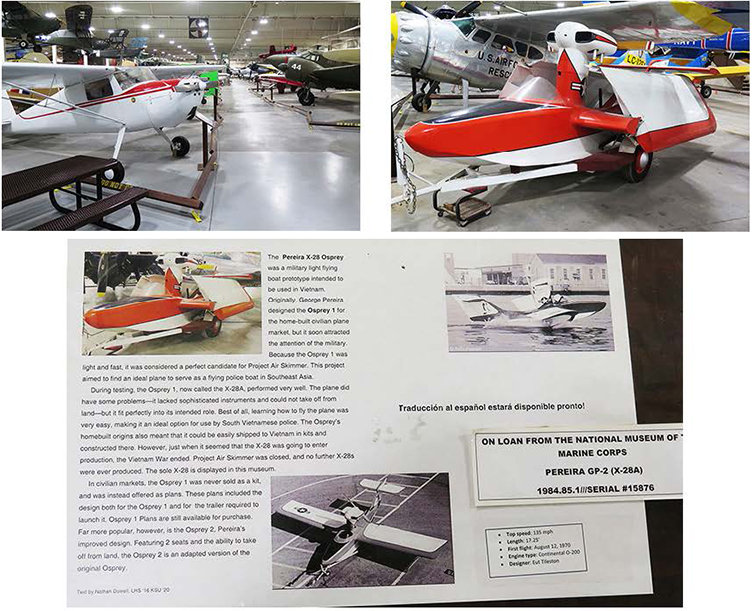 The doors open from 9:00 a.m. until 6:00 p.m., Tuesday through Saturday, and from 1:00 p.m. until 4:00 p.m., on Sundays. The collection covers nearly 90 years of aviation history, and the collection is comprised of roughly 1/3 warbirds, 1/3 commercial-built aircraft by companies like Cessna, Piper and Beechcraft, and 1/3 experimental aircraft. One “unique” aircraft in the collection is an Aero Commander (L-26), like the one that served as the “smallest” Air Force One that was flown by President Eisenhauer between Washington, DC and his farm at Gettysburg, Pennsylvania. Another is a record-setting Piper Comanche that was flown 7,668 miles non-stop from Africa to Los Angeles by Max Conrad of Winona, Minnesota. Along with the aircraft, there are many displays that are educational and interactive including a whole area devoted to educating kids while helping them burn off some of their excess energy.

Admission is $7.00 for adults over 18 years of age, $5.00 for seniors over 62 years of age, $3.00 for youth 6-18 years of age, and free for kids under 6 years of age, veterans, and active-duty military. The museum also periodically conducts educational “camps” for youth 8-12 years of age, where Science, Technology, Engineering and Math (STEM) principles are employed. The museum is fully handicap compliant, and for those who are “challenged” by a lot of standing and walking, there are wheelchairs available. At the entrance, they have a well-equipped gift shop with items that are appropriate for every age and reasonably priced. In fact, you can even purchase a weathervane, topped with your favorite aircraft silhouette or military branch created in metal.

For those who are unable to visit the museum by flying, it is located just off U.S. Route 54. Just follow the signs. If you happen to miss the signs and go another 3-4 miles west, you will be looking at one that says, “Welcome to Oklahoma.”

No matter how you get there, it’s a great place to stretch your legs and “get in your “cardio steps” for the day. The staff, headed by museum director, Bob Immell, is very informed, helpful and can even suggest good places to eat or stay in Liberal.