The North Dakota Aeronautics Commission – How may we help you? | Midwest Flyer – General Aviation Magazine

The North Dakota Aeronautics Commission – How may we help you? 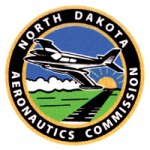 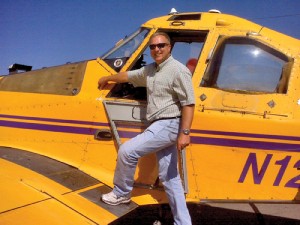 The snow is melting and the cracks on the airport pavement are more pronounced, so it may be time for some new asphalt.

The local airport is in need of more hangars.

The flying club sure wishes there was self-serve fuel at the airport.

The cattleman in the last hangar needs a GPS approach in order to get home after the cross-country business trip.

The military needs some airspace in order to better train for the overseas deployments, but the air taxi operator needs to be able to fly direct to minimize time and expense in their operation.

The FBO is going to hold an aviation career day event for the local schools and could use a little assistance.

The sprayer is worried about the meteorological towers that are popping up near the farm fields.

The FAA needs some help coordinating the safety message to the various user groups across the state, and the user groups would appreciate some assistance organizing the annual event.

One airport has replaced their old runway lights, and another airport could use some of those old lights to keep theirs working for a few more years.

There is a group of people who want to learn to fly, but need help finding a flight instructor.

The flooding in parts of the state requires a quick tally of assets for emergency services.

A high school group can learn to design a high-speed aircraft using computer software, but might need some guidance.

The local community is hoping for more airline flights, so asks for some help with marketing.

The air ambulance companies need additional Automated Weather Observation Systems (AWOS) in order to be able to airlift patients throughout the state.

Tourism and aviation groups hope to develop a program to encourage visitors to the state’s airports.

Which of these situations could (or should) be handled by a state agency? The North Dakota Aeronautics Commission, according to the state century code, is tasked to cooperate with and assist the federal government, municipalities, and other persons in the development and coordination of all aeronautical activities. The mission is accomplished in a way that makes the best use of the efforts of a small office of government employees, and provides a tremendous return on investment for the taxpayers.

The North Dakota Aeronautics Commission staff works with state and federal officials, local airport groups and individuals to accomplish all of the goals listed here, among others. Five governor-appointed commissioners set the priorities of the commission, and turn the daily work over to a full-time staff.  The staff of five accomplishes a great deal with the help of community involvement, consultants, and other government agencies.

One of the key partnerships, the North Dakota Aviation Council, is a group of leaders in many areas of aviation around the state, providing feedback from the field to make sure that the Aeronautics Commission is on target with their efforts.

The commission operates primarily with tax revenue from fuel and aircraft purchases, aircraft and aerial applicator registration fees, and federal aviation grants. A piece of the budget comes from the state “general fund,” an important aspect in recognizing that all citizens benefit from aviation.

While the budget is a formula of allotments and percentages, the airports and supporting infrastructure is kept safe and productive by working closely with the Federal Aviation Administration. Many of the state’s airport projects are financed through a combination of local funds, state funds, and a larger portion of federal funds to get the job done. There are only a few federal employees who handle all of the construction projects of both North Dakota and South Dakota, yet these people produce over 100 federal grants each year for the two states.

The commission’s aircraft complete the picture of efficiency. In the course of one day, several airports can be inspected.

The North Dakota Aeronautics Commission accomplishes a great deal with the help of friends. The partners who contribute their time, money, and expertise are many and varied, but share a common characteristic. They all know that aviation is a key element in what makes America great, allows businesses to prosper, and saves lives. Knowing these truths are enough to make any of us at the commission answer your requests with an enthusiastic, “yes!”

EDITOR’S NOTE: Larry Taborsky is the Director of the North Dakota Aeronautics Commission. Prior to this appointment, he was chief pilot with the North Dakota Department of Transportation, a freight pilot, and a pilot with the U.S. Navy. He spends his free time with his wife on a motorcycle, sailboat, pontoon boat, airplane, or raising Japanese ornamental carp (Koi).

This entry was posted in All Features, Features, Feb/March 2011 and tagged Aeronautics, Larry Taborsky. Bookmark the permalink.