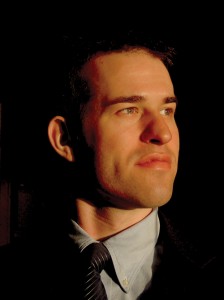 Wow, what a perfect spot,” Steve thought to himself as he crisply banked his float-equipped Cessna 182 to reconnoiter his landing spot. “This is going to be a perfect afternoon.” He had taken the afternoon off to do some fly-in fishing with his wife, and they had no particular destination in mind; just hunting around for an ideal, secluded fishing hole. Of course, Steve had done his homework – reading through the Federal Aviation Regulations (FARs), calling the Department of Natural Resources to see if there were any restrictions, and getting a briefing from DUATS, following up with a call to Flight Service.

Steve was proud enough of his landing. He stopped just where he wanted to about 100 feet from where the lakeshore curved sharply away toward some small, rocky outcroppings, which were sure to be home to a few big, succulent Lake Trout.

“How could it be more perfect than this?” Steve thought as they set the anchor and went about getting out the fishing rods and tackle. Just then he spotted a boat speeding straight towards them. It had flashing police lights and he heard its siren blaring and an officer yelling at him to put his hands up.

Steve’s only mistake was landing his floatplane too near the town on the lakeshore back around the bend. He had done his homework, read his charts, and gotten his briefings, but Steve did not realize there was a municipal law against landing so close to the town, and got himself involved in the newest headache for general aviation pilots – aviation criminalization.

While Steve’s story didn’t happen exactly that way, and the person’s real first name was changed for this article, it represents several stories like his that have happened, and are coming true more and more frequently.

The heightened focus on security in general aviation and the generalized public fear of airplanes stirred up by the media are taking a toll on pilots. Situations that used to end up as hangar tales now appear on the docket at the local courthouse.

Don’t take this as another woe-is-us editorial bemoaning negative media attention and the general public’s culture of fear. The fact is state and local government have the power to regulate aviation above and beyond the FARs. It has always been that way, and although some argue that it shouldn’t be that way, it is that way. They are just starting to flex their police muscles more now.

Local police are enforcing what would have once been left to the FAA to deal with years ago. Two recent examples come to mind:

About a year ago in 2010, two pilots landed their small skiplanes on Lake Calhoun in the city limits of Minneapolis, Minnesota, to walk to a nearby cafe. Despite getting weather briefings and checking the state and city websites to make sure it was okay, they were given a police escort back to their aircraft and ticketed for their landings.

Later that year, a pilot was arrested for landing on Tybee Beach near Savannah, Georgia, to go for a walk, as he had done on other beaches many times before. Police arrested him for reckless conduct and operating a motorized vehicle on the beach.

These pilots were not pulling stupid pilot tricks. They were just using their aircraft to their full potential. And although our training does prepare us to do that, unfortunately it doesn’t prepare us to navigate the tricky zone between flying legally and landing legally.

It is clear, legally speaking, that only the FAA may regulate aircraft while they are in flight. However, it gets muddy when those same aircraft land someplace, especially off airport property. No matter where you learned to fly, learning the FARs was relatively easy because they always stay the same no matter where you are. Learning about the laws on the ground, however, is another matter altogether.

All 50 states, and sometimes even the municipalities inside them, regulate things aircraft can do on the ground to some extent. Here is an example:

In Minnesota, you may not drop objects out of your aircraft unless you have obtained permission from the landowner, or the commissioner of aviation, or you are subject to a fine of up to $1,000.00 or jail time up to 90 days. Yikes! But doesn’t FAR 91.15 specifically allow you to drop things? Yes, but the state can regulate that object when it hits the ground, and the aircraft that dropped it by implication. Wait, here’s another:

In Washington, a Certified Flight Instructor (CFI) who signs a student off for a solo cross country must ensure the student is carrying a survival kit, or face a $500 fine or jail up to 6 months. There is no FAR that requires a survival kit to be carried in the lower 48 states, right? Right, but it is the law in Washington. There are examples like these in all 50 states. What’s a pilot to do?

Well, we pilots are pros at the art of preflight planning, and this is no different. You are subject to the rules of your state and your municipality when you’re on the ground, just as you are subject to the FARs when you are in the air. Luckily, you don’t have to be a lawyer to figure those rules out. Here’s how to do it:

Google your state’s laws (e.g. “Illinois statutes” or “California laws”). All states post their rules, or codes, online. Go to the official state website that hosts your code, and find the search function. Type in “aviation” or “aeronautics.” After a bit of searching, you will start to see similar numbers come up. Those numbers (such as Chapter 360 in Minnesota and Title 14 in Washington, for example) contain all the state’s rules about aviation. Now search for that number only, and you will find all the laws about aviation in your state. Read them, print them, and tuck them in your current FAR/AIM for later reference.

Similarly, you should become familiar with any municipal or local rules regarding aviation in your town or city. An excellent source for this is www.municode.com. Search in it the same way you would your state laws.

Although searching out more rules and regulations is cumbersome and not fun for most of us, you should do it to avoid a confrontation with over-zealous police if you decide to use your aircraft to its fullest potential. Such incidents are not good for you or the face of general aviation. So do your planning like the professional pilot you are, and remember to check your state and local rules periodically. Had Steve done so, it would indeed have been a perfect day!

EDITOR’S NOTE: Joe Vacek is an aviation attorney and teaches aviation law at the University of North Dakota.