The Lighter Side of Depression | Midwest Flyer – General Aviation Magazine

The Lighter Side of Depression 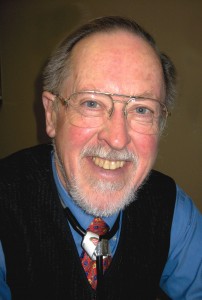 Well, the days are longer, the weather is better and I hope we are all getting over our SGD (Seasonal Grumpiness Disorder).

Do you have some depression? Sure, to some extent we all do and all of our lives have their ups and downs. In my more flippant moments, I sometimes ask my patients, “Are you any more homicidal or suicidal than the rest of us?” (No, they didn’t teach me to ask that about depression when I was in medical school.) The real question is, are the ups and downs significant enough that they interfere with our function either in our ground-based lives or in the air?

Okay, the FAA, after an eternity of saying, “No antidepressants in the front of the airplane, no way, no how!” finally bit the bullet and is allowing a few antidepressants to be used. I’m not going to go into the details here – my colleague Dr. Terry Turke from Watertown, Wisconsin, recently wrote a nice summary in the Winter 2011 Edition of Wisconsin Aviation’s Talewinds newsletter. You can read it at: http://www.wisconsinaviation.com/images/stories/talewinds28_1.pdf. Suffice it that the FAA has approved only a few and it will be a real hassle.

Originally, the reason for the “No way, no how!” policy was that the side effects of the older antidepressants were so severe that (a) they probably really were incompatible with pilot duties, and (b) we didn’t use them until folks were really having major problems. That’s no longer the case.

First, is there a problem if you are using medication for depression now or have in the past? Yeah, but it’s usually not a big one. If you can get off the stuff and be off it for 3 months without problems, as certified by your personal physician or a counselor, you will be eligible for a certificate. Officially, the FAA would want you to have used the medication for less than 6 months. It would depend, of course, on how severe the problem was and that sort of thing, and documentation would have to be provided. If there is any question, talk to an AME before you actually go in for a certificate. Once the certification process is in play, everything has to be reported to those friendly folks in OK City. The standards will be higher for higher classes of medical certification.

So let’s talk about some of the things that you can do to avoid the hassles (and risks) of using medication. Let’s say that you are a bit blue and things haven’t been going that well in one way or another. I’m also assuming that the situation is not so bad that you are really dysfunctional or suicidal. There are times when medications are needed. If things are not that bad, then here are some non-medical ways to reduce the problem.

A couple of years ago there was a study showing that regular exercise is as effective as medication in decreasing depressive symptoms. My personal recommendation is 45 minutes of moderate aerobics (even just good brisk walking) seven days a week. Beats pills! I suggest exercising outdoors during the day when it’s light outside if you can possibly arrange it. This can be especially helpful during the winter. (Remember, SGD?)

I won’t go into the usual “get enough sleep and avoid too much alcohol.” That goes without saying. I won’t waste a paragraph on the usual “eat a good diet” stuff as well.

How about counseling? It helps to have the right tools to get a job done, whether that job is physical or psychological. Counselors help you get the right tools to deal with life’s stresses. Do you have to report it? Sure, but if you are doing okay, and I get a letter from your counselor to that effect, no biggie.

How about herbals and that sort of thing? Since herbals are not Food & Drug Administration (FDA) regulated and you never know what’s in the bottle, I’m not very enthusiastic about their use. There is some reasonable evidence that St. John’s Wort can be helpful. I can’t find any specific policy about it – although it should be reported on the 8500-8 you are filling out. I really don’t know how the FAA would respond. And, like everything else that really has benefits, there can also be problems and interactions with other medications.

It is my personal opinion, that flying airplanes is pretty good for our mental status as well. But heck, that’s just my opinion.

Remember: All medications are poisons, but some have useful side effects. (From a colleague, Deborah Shultz, M.D.)