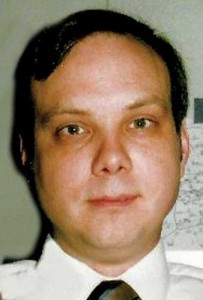 In the early 1990s, during my first years as an aviation professor at St. Cloud State University (SCSU), we saw an increasing number of students enroll in the aviation program. It was with sadness then that I wrote in the May/June 2011 issue of Midwest Flyer Magazine about the closure of SCSU’s aviation program, one of two Midwestern university aviation programs (each dating back to the late 1940s). Despite the logical arguments presented by the respective program supporters, it appears that the short-sightedness of the respective administrations will prevail.

Our nation’s higher public education institutions answered the call from 1938–1944 to educate and train young people for the aviation sector of the war effort by participating in the Civilian Pilot Training Program. The Women Air Force Service Pilots (WASP) group was later developed to get women flying in roles that supported the war effort. Many of these programs were centered on a strong math and science curriculum. The men and women who survived their World War II flying assignments later were influential in the development and growth of the aviation industry. Today, the United States faces another crisis in that the same effort is needed to increase students’ interest in science, technology, engineering, and mathematics (STEM) related classes. Aviation is a great field of study to emphasize STEM classes given its application of science, math and technology.

Many of the national and international aviation industry groups are telling the world that we face a growing shortage of qualified aviation professionals in all areas. Today, we don’t have the luxury of ex-military pilots filling the flight decks of modern airliners. In 2009, the USAF started to train more unmanned aerial vehicle (UAV) pilots than those who fly fighters and bombers. A strong aviation industry is essential if we want a robust, growing economy. The people who run the nation’s airports, from the smallest to the largest, can tell you this with great certainty as they witness people and cargo being moved worldwide. A safe and reliable air transportation system needs professionals, educated and trained men and women who understand that aviation science and business are complimentary and not contradictory to one another. Aviation as an academic discipline is part science and part business and all passion. Most of the two and four-year higher education programs offer a broad assortment of fields applicable to aviation: business, engineering, information technology, communication skills and of course, aviation subjects.

I saw a renewed sense of pride and passion in the aviation industry at this year’s EAA AirVenture in Oshkosh, Wis. The capacity to educate and train the next generation is in place as many new and/or expanded aviation higher education programs have joined the established ones across the nation. They need our help to fill classroom and flightline seats. Groups like the Society of Aviation & Flight Educators (SAFE), Youth Aviation Adventure (YAA), EAA Young Eagles, Civil Air Patrol (CAP), and Aviation Explorer Scouts all have a spot waiting for pilots to step up and share their expertise and passion for aviation.

Pilots can volunteer at their local schools, serve on a collegiate advisory board or look into guest speaking opportunities for a local community organization meeting. Inspiring that passion in the next generation of professional aviators is the job of each and every one of us if we want to see the industry grow.