Access To Electronic Charts May Not Be Free For Long 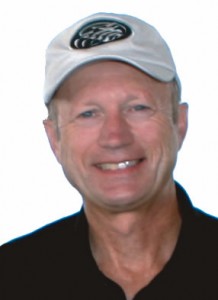 You knew it was too good to be true. Economical visual and instrument charts through a vendor like “Foreflight” for as little as $75.00 per year. The FAA recently decided they would start charging for digital chart products and only distribute them to individuals and companies that have an agreement with the agency’s AeroNav Products branch beginning April 5, 2012. Aviation organizations are concerned, and are working with data providers to assess the potential impact this will have on general aviation. A meeting is scheduled for December 13, 2011, to discuss the new policy.

What brought all of this about is Congress’ decision to allow the FAA authority to charge for its products in order to recoup investment costs associated with producing and distributing the materials. The agency has long charged for its paper products. When digital aviation products were introduced, the agency gave them away for free! However, with the explosive growth of the use of the products, and obviously seeing private firms making money on them, the agency plans to apply its model for charging for paper products to its digital charts, but only to a point, we hope. Congress prohibits the FAA from making a profit, but with the agency’s enormous overhead, we question if the FAA can even break even and remain competitive with private chart companies in generating the data base.

Also, we cannot allow the aviation community to be singled out to pay for electronic data, when other transportation entities, such as maritime and trucking, are not paying anything at this time.

If the FAA charges too much, pilots will be faced with sticking with the government charts they have now grown accustomed to, or going with private vendors, who for years, provided paper charts superior to government charts in our opinion. The FAA deserves credit for making significant improvements to their charts in recent years, so it will be a tough call for some.

Foreflight and other vendors deserve the credit for making charts available online at affordable rates. Without question, this has affected safety because pilots are more apt to keep their charts current. Apple deserves the credit for developing the iPad, which has revolutionized our industry in regards to access to aeronautical charts and other resources.

How do you feel about this issue? Are you for or against the FAA charging for the use of its electronic charts, and if so, why or why not?

Email your thoughts to info@midwestflyer.com for possible publication.