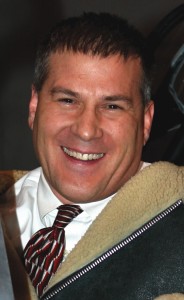 In today’s economy, many private pilots look for ways to minimize the cost of their flying. One of the ways to reduce the cost of a particular flight is to share that expense with the passenger(s) on the flight. However, if a private pilot receives compensation for flying persons or property for hire in excess of what is allowed by the Federal Aviation Regulations (FARs), he or she risks an enforcement action that could result in suspension or revocation of the pilot’s private pilot certificate. In order to legally share costs, private pilots must be clear on both the privileges and limitations of their airman certificate.

FAR 61.113(a) provides that “no person who holds a private pilot certificate may act as pilot in command of an aircraft that is carrying passengers or property for compensation or hire; nor may that person, for compensation or hire, act as pilot in command of an aircraft.” Fortunately, this is not as complete a prohibition as it appears. In addition to other exceptions, Paragraph (c) of the regulation states “[a] private pilot may not pay less than the pro rata share of the operating expenses of a flight with passengers, provided the expenses involve only fuel, oil, airport expenditures, or rental fees.”

So, what does this really mean? Well, it means that the fuel and oil consumed on a flight, and ramp or tie-down fees at the destination airport, can be shared on an equal basis by the pilot and his or her passenger(s). Or, if the aircraft is rented from an FBO or other third-party, the hourly rental fee, plus the cost of fuel, if that is not included in the rental fee, can be shared by the pilot and his or her passenger(s). Additionally, customs fees and ATC user fees for a flight would also need to be shared equally as “airport expenditures.”  However, indirect expenses such as insurance, maintenance, depreciation or other capital costs (e.g. costs of ownership) cannot be shared.

With respect to the method for calculating the amount the pilot and passenger(s) must each pay, according to the FAA it is not necessary that a mathematically exact division of each operating expense is calculated. However, if the pilot pays less than an equal share of the total operating costs or flight, the FAA will assume the pilot was not actually sharing expenses.

Keep in mind that the FAA views “compensation” very broadly. If passengers are paying a disproportionate amount of the trip related expenses (e.g. hotel, taxi, meals etc.), which the regulation does not define as “operating costs,” and the pilot and passengers are only sharing a nominal amount for the actual flight, the FAA could still view those trip related expenses as disguised operating expenses that would need to be shared to avoid being considered compensation to the pilot.

Not a particularly precise position, I know, but it at least provides some guidance. In general, divide the total allowed costs for the flight by the number of people in the aircraft during the flight and the result will be the amount that each person must pay.

Finally, keep in mind that in addition to equal sharing of the cost of the flight, the pilot and passengers must have a common purpose for the flight as well. That is, they must be flying to the same destination for a common reason. A pilot may not carry expense-sharing passengers to a destination at which he or she has no particular business. Also, a pilot may not share the expenses of a private flight with his or her passenger(s) if the pilot’s purpose is to merely build flight time or get flight instruction, unless that is the purpose of the passenger(s) as well (which is usually not the case).

Although a private pilot is generally precluded from being paid for flying, a private pilot may still share a particular flight’s expenses with his or her passenger(s). However, private pilots should be careful that they are legitimately paying their share of the expense and not trying to stretch the FARs beyond what the FAA allows. At the end of the day, a private pilot needs to be aware of the restrictions and limitations for sharing expenses in order to avoid situations that could compromise his or her private pilot certificate.