Aviation Conferences In The Midwest 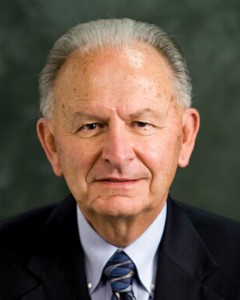 Recently, the aviation fall conference season ended. For me, that included attending the annual conferences of the National Association of State Aviation Officials (NASAO), Michigan Association of Airport Executives (MAAE), Illinois Public Airports Association (IPAA), and Aviation Association of Indiana (AAI), and of course, there was the AOPA Summit. All of these events took place during the months of September and October. I will report on the highlights of those conferences from AOPA’s perspective.

AOPA decided to hold the annual meeting of the regional representatives concurrently with the NASAO conference at Nashville, Tenn., in September. In addition to working on future plans for state and local activity, we were able to participate in the NASAO seminars and social events. As you probably know, the regional representatives work closely with the state aeronautics directors in their respective states on issues of common interest. I have reported on those to you in previous columns. Many of the national issues create similar issues at the state and local level…the economy, aviation funding, aviation taxes, avgas concerns, dwindling pilot population, and concerns over airport operations, to name a few.

I flew my Cessna 172 Skyhawk directly from the NASAO conference to the MAAE conference in Grand Rapids, Mich., since the two conferences overlapped. My attendance at both conferences would not have been possible without the use of a general aviation aircraft.

The Michigan Aeronautics Commission (MAC) held one of its six yearly meetings during this conference. During the conference, recently appointed State Aeronautics Director Mike Trout reported on the realignment of his office and plans for the future.

Customer service is a top priority for Mike and he wants to create strong partnerships with other aviation interests in Michigan. He stated that the state fuel tax generates about 83% of the revenue going into the state airports fund, which provides matching grants to the federal Airport Improvement Program (AIP) and funds his office. Expenses exceeded revenue in 2010, but 2011 is expected to be a break-even year. I believe with the new director and the recent appointment of some new commissioners, MAC will continue to work aggressively for the benefit of Michigan aviation.

During the Illinois Public Airports Association conference, Great Lakes Regional Administrator Barry Cooper explained that although only 4,000 of the 48,000 employees of the FAA were laid off in the recent shutdown, the action brought the federal Airport Improvement Program to a standstill, as all of the employees supporting that program are paid from the program and it had not been renewed. During that shutdown, $500,000 in revenue was lost. The reauthorization has been extended (again) until the end of January 2012. Hopefully, by the time you read this column, the issues regarding FAA funding will be resolved with long-term legislation.

The FAA Airports District Office Manager for Illinois and Indiana, Jim Keefer, stated during the Illinois conference, that the FAA was now gathering data on non-primary airports to develop the criteria to determine the primary purpose of each airport by category, role, and function. He explained it was necessary to develop this information to fairly allocate airport funding in the future. I am concerned this program could reduce the funding available to the smaller general aviation airports that have no other source of funding.

During the second week of October, I had the privilege of speaking at the annual conference of the Aviation Association of Indiana in Plymouth, Ind. A couple of topics I talked about that I think those of you reading this column might find valuable are the AOPA Aircraft Partnership Program and the possible expansion of the medical self-certification and driver’s license standard in lieu of a third-class medical for recreational flying. About six months ago, in an effort to help pilots enjoy aircraft ownership and fly more economically, AOPA introduced its “Aircraft Partnership Program.” The goal of the program is to match up prospective buyers and sellers to share aircraft ownership.

To participate, one merely registers on the AOPA website. Registration includes completing a credentials data sheet covering your ratings, flying experience, type aircraft you would consider and expected usage, geographical area you would want to base the aircraft, and how much money you could commit to the ownership, among other things. You do not have to identify yourself by name. Your data is posted online based on geographic location and you are directed to the site that lists the credentials of possible aircraft partners in your area. When someone registers that meets your criteria, you will receive an e-mail notice.

Of course, the advantages to joint ownership include being able to afford a better aircraft than alone and a reduction in individual fixed costs, such as hangar rent, insurance, and annual inspections. The program has attracted about 14,000 prospective buyers and sellers so far. I was surprised to find there were eight (8) individuals who wanted to base an aircraft at my little one runway airport, ranging in experience from newly certificated private pilots, to an 8,000-hour airline transport pilot, and pilots with budgets ranging from $20,000 to $200,000.

In response to member concerns, AOPA and EAA will, after the first of the year, petition the FAA for an exemption that would allow many pilots flying recreationally to use a driver’s license and self-certification standard in lieu of a third-class medical. The tentative criteria to be suggested is allowing a pilot to fly, under this standard, up to a four-place single-engine aircraft with no more than 180 horsepower during day VFR conditions. Although the aircraft may have four seats, only one passenger may be aboard. These criteria would allow pilots to continue flying aircraft they are familiar with, instead of having to switch to a light sport category aircraft. The criteria are still tentative. If you have any comments on the criteria, please contact AOPA before the petition is filed with the FAA.

AOPA will be announcing new initiatives to continue to increase our efforts at the state and local level. In the meantime, I would like to remind you that general aviation needs each of us to be engaged. If your airport does not have an AOPA Airport Support Network (ASN) volunteer, consider applying on the AOPA website. If your airport has a volunteer, contact him/her and offer your help. Be sure you keep informed and let your national, state, and local officials know your views on aviation issues. Attend a general aviation rally if one is held in your area, contribute to the AOPA Political Action Committee (PAC), and fly, fly, fly to help keep the general aviation industry strong!

AOPA will continue to work to promote and protect general aviation at the national, state, and local level. For more information on any issue affecting general aviation, please visit our website at: www.aopa.org.