Know The Weather & Be Flexible To Fly Another Day

Flying in the Midwest can be a challenge. The weather, especially in fall and winter, is often unpredictable and can quickly become less than ideal. We all learned early in our aviation careers the most common type of weather accident, and one of the most consistently fatal, continues to be the attempt to fly by visual references into instrument meteorological conditions, often called “VFR into IMC.” So then – why do these accidents still occur at such an alarming rate, and what can we learn from them? 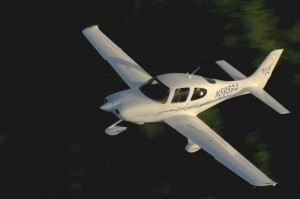 Last year, a few days after Thanksgiving, a pilot loaded his two daughters and a friend into the club Cirrus SR-20 for what was supposed to be a quick round-trip from Marion, Indiana (MZZ) to DuPage, Illinois (DPA) to return one of the daughters to college. The 147 nm trip would take about an hour and seemed like an ideal one for the new private pilot.

The weather at Marion was clear. A low-pressure system was in southern Minnesota, with a cold front across Iowa. The system was forecast to move through the DuPage area later in the day, so the novice pilot got a good start. At takeoff, the DuPage METAR (Meteorological Aerodrome Report) reported a 2,900 foot overcast with some light rain that occurred for 10 minutes earlier in the hour.

Just over an hour after takeoff, the pilot contacted the DuPage tower and inquired about landing at DPA. The controller advised the pilot the airport was under instrument flight rules (IFR) and to, “Say intentions.” He told the controller he was not sure if he wanted to land at DPA because he did not want, “To get in there and get stuck all day due to the weather.” Then, after inadvertently flying over the airport, he reversed course in an attempt to return. However, after reversing course he lost sight of the airport once again. He informed the controller he, “Was in and out of the clouds.” The controller noted that Chicago Executive Airport (PWK), located about 20 miles northeast of DPA, was reporting visual flight rules (VFR) conditions. When the controller asked the pilot if he was IFR qualified, the pilot replied, “I’m in IFR training and I’ve let this get around me.”

The DPA tower controller made repeated offers and the pilot finally accepted a transfer to Chicago Terminal Radar Approach Control (TRACON) for radar vectors to a destination. The Chicago TRACON controller also provided weather conditions at airports in the vicinity of where the accident finally occurred. The pilot initially advised the controller he would proceed to PWK, which was the closest airport reporting VFR weather conditions at the time. However, the pilot later advised the controller he was no longer inbound to PWK. He commented he didn’t want to mess with the weather or get stuck in there. The controller approved a frequency change and the pilot acknowledged that transmission. No further communications were received from the pilot.

The airplane impacted a tree and an open field about four (4) miles north-northwest of Lake in the Hills Airport (3CK). The pilot and his three passengers were killed. Weather conditions recorded at DPA, located about 22 miles south of the accident site, included overcast clouds at 900 feet above ground level (AGL), 1-3/4 miles visibility in light rain and mist, and wind from 170 degrees at 11 knots.

What Can We Learn From This Accident?

It is easy to read this and say, “I would never let that happen to me.” No pilot takes off thinking it will happen to him or her. At some time or another, most of us have found ourselves in worse weather than we expected or were comfortable with – it happens fast.

Human nature can be an enemy. The more you have invested in a flight, the more you will proceed. Recognize this weakness, and you may avoid disaster. This flight is an unfortunate example of this kind of investment. The pilot could, at times, see the destination airport, which was very inviting. However, the weather was good VFR to the south, so a retreat to better weather was the only smart solution. It is never easy to call off the trip when the goal seems to be within reach, but flexibility is the key to survival. It is important to listen to rational advice, and understand when you are pushing yourself beyond your capabilities.

We should become better weather skeptics. After all, we live in one of the hardest areas of the country to forecast weather. With a low forecast to move through the area, frequent weather updates while enroute would have been useful. Just 30 minutes after takeoff the DPA weather had become 2,300 scattered, 2,900 overcast, a decreasing trend, and 30 minutes before arrival, the ceiling dropped to 1,300 overcast. Frequent weather updates through Flight Watch on 122.0, or a local remote communication outlet, can be invaluable in helping us make sound decisions before it becomes an emergency.

Never be afraid to ask for help or declare an emergency. By listening to the audiotape of this accident, you can hear the reluctance of the pilot to admit he was in trouble. At one point, while discussing possible destinations, he asked the controller, “Do you think that is a good idea?” For liability reasons, there are many times a controller can neither suggest nor recommend a course of action to a pilot. Know when you are in trouble, and don’t be intimidated when a controller says, “Say intentions.” They are merely asking, “What do you want to do and how can I help.” It is important to act as a command pilot; declare an emergency if it is warranted; and ask for the help you need to get safely on the ground.

Do you have personal weather minimums? On a day when you have no pressure to fly, sit down and write out the cloud ceilings, visibility and winds you are comfortable flying in for both day and night. This list of rational limits will help you make good weather decisions in the future. The FAA has an excellent guide for weather decision-making titled, “General Aviation Pilot’s Guide To Preflight Weather Planning, Weather Self-Briefings, and Weather Decision Making.” You can obtain this guide at: https://www.faasafety.gov/files/gslac/library/documents/2006/Oct/9724/GA%20Weather%20Decision-Making%20Aug06.pdf

Weather emergencies are best prevented with good preflight weather briefings and keeping a skeptical eye out for any change that does not fit your plan. When the weather changes, which it will, take action and be flexible. Diverting is never a loss if it allows you to fly another day!

This entry was posted in February/March 2012, Flight Safety, Sections. Bookmark the permalink.