Lone Rock – Where A VOR & Airport Restaurant Live On! 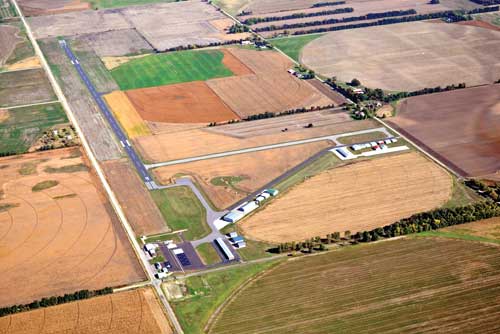 LONE ROCK, WIS. – Pilots once depended on the Lone Rock VOR for navigation, and the Lone Rock Flight Service Station for weather advisories and for filing flight plans. But with the Flight Service Station long gone, and VORs becoming obsolete, one would wonder how the very much rural Tri-County Regional Airport (LNR) could possibly survive, but it has, thanks in large part to one major corporation in the area, and an airport restaurant with a country atmosphere pilots will fly hundreds of miles for.

When you land and walk into the small, two-room restaurant called the “Piccadilly Lilly,” you never know who might be sitting at the table next to you, but at Tri-County Regional Airport, no one quite cares. It is not unusual to see a Citation from Chicago parked on the ramp, but chances are if you see a gold and white Cessna 150, you got up early enough to have breakfast with Ray Kressin from Waunakee, Wisconsin. Ray, a retired engineer, seldom misses flying the 30 miles to LNR on a daily basis. 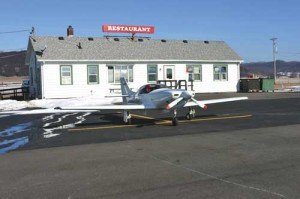 The restaurant is a gathering place for area farmers, who are mostly retired, but almost everyone is wearing their Sunday best blue jeans, so it is hard to tell who is a pilot and who is not. The important thing to remember is that everyone who is at the restaurant is fascinated with flight, and enjoys watching the planes land and taxi around. The Piccadilly Lilly is owned and managed by Kathryn “Kat” Spenulson. 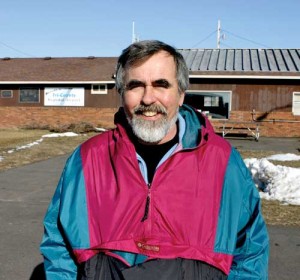 Marc Higgs, who lives in nearby Arena, is airport manager and thoroughly loves the low-key atmosphere, at least until the snow flys and the grass needs cutting. Higgs could easily be managing an airport in a metropolitan area and have dozens of employees working for him, but he prefers working at Tri-County Regional. “There’s no personnel problems when you are it,” says Higgs.

Marc Higgs was inspired to take flying lessons in 1986 by a couple of friends who would often take him flying. EAA AirVenture didn’t help to fight the bug, either, as Higgs and his friends would make the annual pilgrimage to Oshkosh. But his real interest was in “aircraft mechanics,” and in 1987 Higgs enrolled at Colorado Aero Tech to get his Airframe & Powerplant Certificate. He returned to Tri-County Regional Airport to work at Lone Rock Aviation. Three years later, Higgs added his Inspection Authorization and in 1996, started his own aircraft maintenance business, and became airport manager. He closed his maintenance shop in 2004, but has remained the airport manager.

Higgs’ office is in a wood-framed terminal building that stays warm in the winter during the day with a wood-burning stove. At night, the furnace kicks in. A weather computer and restroom with showers makes the building a good place to rest, plan a flight, or to learn from local flight instructors and Midwest Flyer Magazine columnists Michael “Mick” Kaufman and Ed Leineweber, who live in the area. Kaufman specializes in instrument training, instrument proficiency checks, and seaplane instruction, and Leineweber specializes in tailwheel transition training, flight reviews, primary instruction, and also instrument training, and instrument proficiency checks through his flight school “Aeronautical Adventures, LLC. For additional information contact Michael Kaufman at  608-649-2777 or 817-988-0174 (email: captmick@me.com). Ed Leineweber can be reached at 608-604-6515 (email: edleine@countryspeed.com).

Tri-County Regional Airport was first established as the Lone Rock Airport in 1923. In 1927, Lone Rock was designated as an emergency airmail landing field because it was located at the intersection of the two airways, which crossed Wisconsin, and at the halfway point between Chicago and Minneapolis. The airport was upgraded with a flashing white beacon, runway lighting, a weather station and radio.

During the Second World War, Lone Rock was used for flight training, and was a destination for training flights from Glenview Naval Air Station near Chicago. After the war, under the control of the Civil Aeronautics Administration (CAA), a flight service station was established providing weather reports and traffic control for southwestern Wisconsin. In 1954, the CAA relinquished control of the airport to the counties of Richland, Sauk, and Iowa, thus creating “Tri-County Airport.” The flight service station remained in service until the mid 1980s. After it closed, the restaurant was established in its historic building. The manned weather station remained in operation under the FAA until 2002 when it was replaced with an automated surface observing system (ASOS). In recent years, the east-west runway (9/27) was extended to 5000 feet, with PAPI, REILS, and a localizer, and the airport has seen an increase in usage by corporate jets, as well as a steady increase in based aircraft. A north-south crosswind runway 1850 feet in length by 60 feet wide is a great alternative when landing on Runway 36, or taking off on Runway 18, but the hills north of the airport can make departing on Runway 36 or landing on Runway 18, more challenging, but certainly doable.

Self-service fuel is available for both Jet-A and 100LL, with full-service available to those pilots who either call ahead, or call upon their arrival. There are 38 well-maintained private and municipally-owned hangars that rent for as little as $100 per month.

TC’s Aircare of Baraboo provides aircraft maintenance, as does Aero Paradise of Reedsburg, which specializes in light sport aircraft and Rotax engine service. River Valley Aviation, which is owned and operated by Mike Peterson, specializes in fabric recovering and vintage aircraft restorations.

Among the attractions within a few miles of the airport are Frank Lloyd Wright’s “Taliesin Estate,” “House on the Rock,” American Players Theater, Tower Hill State Park, and of course, the Wisconsin River with its many recreational opportunities.