Sometimes revolutionary innovation takes awhile to take hold, and then only after a series of fits and starts. So it might be with the system envisioned in the Light Sport Aircraft ASTM industry consensus standards. Interpretations of the Federal Aviation Regulations (FARs) by FAA lawyers in Washington, D.C., are causing some industry participants to scratch their heads, and are worrying others that the “brave new world” contemplated by the ASTM standard approach to the development of Special Light Sport Aircraft (S-LSA), might not fully come to pass.

Two different issues have recently surfaced, but the concerns they raise stem from a common source. The first issue deals with the extent to which a Special Light Sport Aircraft airframe manufacturer, or a manufacturer of a component incorporated into a S-LSA, can dictate (a) who may work on their products, and (b) what maintenance tasks the manufacturers may prescribe as “mandatory,” that is, legally required for the aircraft to remain airworthy. The second issue pertains to notification systems for compliance with Airworthiness Directives (ADs).

Together, these issues begin to test the extent to which the FAA is actually committed to the ASTM consensus standards approach to designing and maintaining aircraft. The consequences of these developments extend beyond the relatively small world of the S-LSA industry, since proponents of this approach advocate for its application to future development and approval of large aircraft as well.

From the top: let’s review

To better understand the nature of the disputes, let’s back up and review what we mean by the ASTM consensus standards approach to the design, manufacturing, maintenance, repair and modification of Special Light Sport Aircraft.

In the old days, there was only the “type certificated” world. The FAA controlled the process completely, and everything aeronautical needed to have FAA approval to be legally airworthy. This might be evidenced by compliance with the aircraft type certificate approved by the FAA after extensive documentation, testing and proving, or the FAA blessing might be manifested in a supplemental type certificate (STC) for an aircraft modification from the original TC. Approval for manufacturing a component part might be reflected in issuance of “parts manufacturing approval” (PMA) by a statement that a part complies with an FAA-issued Technical Standards Order (TSO). Major modifications to type certificated aircraft need to be reported to the FAA via Form 337, and if the modification isn’t according to previously authorized specifications, then perhaps a field approval from a local FAA representative might be needed as well. 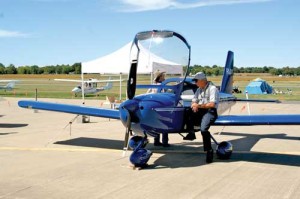 FAA-certified components such as transponders, other avionics and ELTs are often installed in S-LSAs. These devices might be subject to Airworthiness Directives (ADs) issued by the FAA. Owner/operators and maintenance personnel had believed that notice of these ADs would come to them through the Notice of Corrective Action system prescribed in the ASTM standards. FAA legal opinion now suggests that this reliance might be misplaced.

Safety-of-flight or airworthiness concerns which come to the attention of the FAA in the type certificated world are addressed by the issuance of Airworthiness Directives, compliance with which is mandated by law to continue the aircraft in a legally airworthy status. Non-compliance grounds the aircraft, and may result in FAA enforcement action against the owner/operator and crew, if flown while not in compliance.

As you can see, this is a top-down system in which the FAA maintains rigid control over all aspects of the manufacturing, repair and operation of these aircraft. Not so in the world of Special Light Sport Aircraft, or at least so we thought until recently.

The “industry consensus standards” approach originates in a federal law that requires federal agencies to consider this method of regulating activity, rather than following the old style top-down, total-control system in all cases. The adoption of this law coincided with the advent of the Light Sport Aircraft initiatives of a decade ago, and the consensus standards approach was selected by the FAA and the emerging LSA industry. The American Society for Testing and Materials, now known as ASTM International, was selected to facilitate the process.

Briefly stated, the ASTM process involves the participation of a wide range of industry participants, the formation of specialized committees, and the development of a series of standards (“practices”) governing the activities of the industry. In the case of Light Sport Aircraft, the more important standards developed for airplanes include Design and Performance; Required Equipment; Quality Assurance; Production Acceptance Tests; Aircraft Operating Instructions; Maintenance and Inspection Procedures; Identification and Recording of Major Repairs and Major Alterations; and Continued Airworthiness. The FAA monitored this process of standards development and eventually “accepted” them (as opposed to granting its “approval”).

Special Light Sport Aircraft are manufactured in conformance with these standards, as attested to by the manufacturer in its Statement of Compliance. And it is upon this statement, rather than conformance with any FAA-approved type certificate, that the FAA issues a Special Airworthiness Certificate for the aircraft.

Now to the specifics of the concerns raised by the recent FAA legal interpretations. 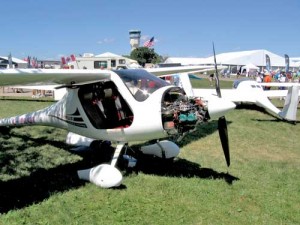 When Special Light Sport Aircraft were first introduced, many understood that the ASTM consensus standards permitted the manufacturer to mandate training for maintenance personnel and specify overhaul times and other service limits. Recent FAA legal interpretations appear to suggest this is not the case. While these aircraft and their modern engine designs are not inherently more difficult to maintain or repair, they are sufficiently different from older designs that obtaining factory-approved training is a good idea, whether legally required or not.

Rotax, which manufactures about 90% of engines installed in Special Light Sport Aircraft, has an extensive factory-approved training program, and prescribes in its manuals and procedures that a given level of factory-approved training is required to perform any particular maintenance or repair task, from changing fluids to engine overhaul. It also insists that technicians working on their engines installed in S-LSAs have Rotax-approved training in order for the company to honor the factory warranties. It is the Rotax position that it may impose these requirements since they are part of the maintenance manuals issued by the S-LSA manufacturers pursuant to ASTM Standard F 2483, which the FAA has accepted.

Initially the FAA appeared to accede to this interpretation, and even went so far as to bring certificate enforcement proceedings against an A&P mechanic who worked on Rotax engines without the factory-approved training. Since then, however, the agency has done an about-face, and now takes the position that Rotax cannot dictate the qualifications of technicians working on its products, which remains the FAA’s role through the FARs. To accept the company’s argument, says the FAA lawyers, would be to allow a private company to make federal law, which cannot happen since the company is not Congress, or a federal agency delegated power by Congress to make administrative rules. Further, they point out that Congress has not given the FAA the power to delegate its rule-making authority to a private entity. (For more details, see Carol Carpenter’s article in this column in the February/March 2011 issue of Midwest Flyer Magazine.)

This same basic issue has raised its head again more recently when Rotax declared that its determination of what maintenance activities where “mandatory,” as expressed in its instructions incorporated into the S-LSA manufacturers’ maintenance manuals, were legally binding, and that the failure to comply would render the aircraft legally un-airworthy. FAA legal counsel has again opined that Rotax is not in a position to impose such regulatory requirements, which remains the province of the agency charged by Congress to make such rules.

Now on to the Airworthiness Directives dispute.

ASTM Standard F 2295 is entitled “Standard Practice for Continued Operational Safety Monitoring of a Light Sport Aircraft.” Section 4 provides “the purpose of this practice is to establish a method by which safety of flight issues are discovered, evaluated, and corrected for purpose of maintaining operational safety of an LSA.”

If corrective action is determined to be warranted, the manufacturer must issue a Notice of Corrective Action, which must be categorized as a SAFETY ALERT, requiring immediate action; a SERVICE BULLETIN, which does not require immediate action, but does recommend further action; or a NOTIFICATION, which need not necessarily recommend future action, but does provide “airworthiness information.” At least the Safety Alert sure sounds like an AD to most folks.

Here’s the rub: FAA-issued Airworthiness Directives don’t apply per se to S-LSA, since they are manufactured, repaired and maintained under the ASTM standards system. But FAA-approved components are sometimes incorporated into S-LSA, including, for instance, transponders, radios and other avionics, and ELTs. Such approved components ARE subject to the Airworthiness Directive system, and ADs issued on such components must be complied with, whether they are incorporated into S-LSAs or not. This makes good sense since at least some of these devices, for instance a transponder, are operating in the National Airspace System and must be reliable regardless of what category of aircraft they are installed in. The problem comes up when the method of notification and compliance is considered.

It had been the understanding of many in the S-LSA community, manufacturers, owner/operators and maintenance technicians, that any applicable ADs would come to the attention of pilots and mechanics via the notification system provided in ASTM Standard F 2295, describe earlier. But FAA legal counsel now appears to be taking the position that the ADs apply to subject aircraft components incorporated into S-LSA independently of the standard, pursuant to FAR sec. 91.327(b)(3). This is a surprise!

The thinking among the S-LSA community has been that, as long as the owner/operator maintains his or her current address and other contact information with the manufacturer, as required under the ASTM standard, he or she would be notified via a Notice of Corrective Action from the manufacturer that an AD on an installed FAA-approved component had been issued, and would be further informed of the means of compliance, perhaps merely incorporating the AD. In other words, pilots and maintenance technicians would have a single source of information. The FAA appears to disagree.

So what’s the big deal in all of this, you might be asking yourself. Private parties cannot write federal regulations and ADs must be complied with. True enough, but what industry observers and proponents of the ASTM standards way of doing business are worried about is the apparent emerging trend of the FAA backing away from its embrace of this new process for bringing new aircraft designs to the market.

And while there have been a few instances of S-LSA companies not fully complying with the ASTM standards in the conduct of their operations, these instances have been relatively rare. They are mostly confined to companies, which are marginal players in an over-crowded marketplace. Their low and perhaps almost non-existent sales volume makes full standards compliance, which is very expensive, difficult. Industry and FAA compliance audits are designed to ferret out these poor performers.

On the other hand, since its inception in 2004, the LSA industry ASTM compliance standards have been instrumental in bringing forth 120 new models of aircraft, a feat, which if it has ever occurred before, has not been seen since the very early days of the aviation industry. The consensus standards process is by any account tremendously successful, and deserves to be preserved and enhanced. Any early difficulties in its application should be worked out without retreating from its new promise back into the rigid ways of days gone by.