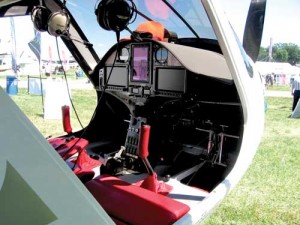 As the cockpits of Special Light Sport Aircraft become increasingly sophisticated, certified components are finding their way into avionics stacks. Owners and maintenance technicians cannot always count on airframe manufacturers to inform them of Airworthy Directives issued against these components, although some manufacturers do much better than others.

In the world of Special Light Sport Aircraft (S-LSA), it is FAR Section 91.327 that requires periodic inspections, and like any inspection in aviation, the purpose is to uncover unsafe conditions.

How does one go about discovering unsafe conditions on an S-LSA?

Your first answer is probably: “Condition Inspection, right?” Yes and no.

Once a required Condition Inspection has been completed, in order to approve the aircraft for return to service, the person who performs the inspection must make an aircraft maintenance record entry certifying that the aircraft is in “a condition for safe operation.” This singular requirement is the driving force behind several realities for the inspector. Let’s examine them.

First: The inspector is not in a position to make this certifying statement unless the inspection procedures used are of the scope and detail necessary to completely inspect the entire aircraft. We start with an inspection checklist, and in the case of S-LSA, this checklist must be one provided by the aircraft manufacturer. This means that there is no such thing as an “abbreviated inspection.” It’s either a Condition Inspection of the entire aircraft, or it is not.

Third: Arguably the most important reality for the inspector is the fact that because he or she alone certifies the aircraft to be in a condition for safe operation, he or she bears the sole responsibility for ensuring that it is so. It is the inspector’s judgment, which will ultimately determine whether or not the certifying statement is made, approving the aircraft for return to service.

The first and third maintenance reality seems to be fairly black and white: use a checklist, and the inspector is responsible. Ok, but what about Reality Two: the need to find out about and comply with all other legally required maintenance items? Here’s where things begin to get difficult.

Obviously the inspector must have a system for determining the status of applicable Safety Directives, and Airworthiness Directives. “The owner should provide these,” you say. That may or may not be true, but it is the inspector who makes that certifying statement, and some owners are more up on things than others. An inspector cannot put his or her faith in such a weak link in the communication chain when determining the status of applicable Safety Directives or Airworthiness Directives (Reality Three).

Therefore, an inspector must be diligent to search out applicable Safety Directives and Airworthiness Directives. In the world of Standard Airworthiness, there are various long-standing, tried-and-true methods that can be used to perform AD research. The same cannot be said for the S-LSA world. This is where the inspector can be hung out to dry, so to speak. There are three problems.

First problem: Manufacturers apparently are not making themselves aware of all unsafe conditions which arise, as is required of them by certification rule. This is evident in the fact that there are numerous S-LSA out there with FAA-approved parts installed for which Airworthiness Directives have been issued. As FAR Section 39.3 states, an Airworthiness Directive is by definition issued to correct an unsafe condition.

Second problem: There is a huge inconsistency as to what a “Safety Directive” actually is. Section 91.327 requires compliance with Safety Directives issued to correct unsafe conditions. This language seems to make evident the fact that Safety Directives can only be legally required when issued to correct unsafe conditions. However, manufacturers must issue “Notices of Corrective Action” in accordance with the ASTM Consensus Standard F2295, Standard Practice for Continued Operational Safety Monitoring of a Light Sport Aircraft.

This controlling consensus standard contains relevant terms and defining parameters, which are much broader than the “unsafe conditions” language of Section 91.327, and in fact, F2295 does not even have the term “Safety Directive” contained within it. Instead, the terms “Safety Alert,” “Service Bulletin,” and “Notification” appear as forms of Notices of Corrective Action. Worse, there is every kind of Bulletin, Letter, Alert, Notice, etc., conceivable being published by the various manufacturers. This confused situation leaves the inspector to wonder what is really legally required.

Third problem: There is no reliable data base system for Safety Directive research. Many manufacturers have very comprehensive web sites devoted to support of their machines. This is a step in the right direction although still very lacking, to say nothing of the manufacturers who don’t provide access to good technical support.

Yet another potential for failure when certifying an S-LSA to be in a condition for safe operation, comes in the form of Airworthiness Limitations. These are FAA-approved and legally required inspections or other maintenance tasks, which are a part of the Type Design of products produced under FAA approval. The immediate rebuttal will be that Type Design does not apply to S-LSA. This is correct; however, it is possible to have a TC’d product installed on an S-LSA (e.g., engine or propeller). In this case, if the installed product had existing Airworthiness Limitations, even though they are not by definition unsafe conditions on TC’d products, it would only make sense that these would need to be addressed by an inspector before making the certifying statement approving the S-LSA for return to service. 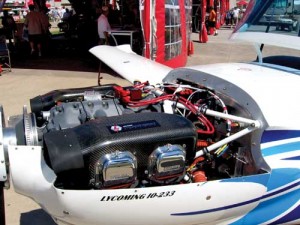 The new Lycoming IO 233-LSA is designed to meet the ASTM standard for use in S-LSA, but the company has plans to certify it for use in standard category aircraft as well. If that happens, the potential for confusion of two continuing airworthiness systems, Safety Directives and Airworthiness Directives, could pose real problems for owners and maintenance technicians, unless reforms are adopted.

One such example might be the Lycoming fuel-injected engines. Newer TC’d versions of these engines have an Airworthiness Limitation requiring special inspections of the fuel injection lines. (On older engines, this inspection is driven by an AD). If the S-LSA continued airworthiness system worked as it should, this Airworthiness Limitation would be captured by the S-LSA manufacturer, and transmitted as a Safety Directive.  Given the other anomalies with the Safety Directive system, if this scenario were to arise, an inspector would be foolish to assume that a Safety Directive would be issued.

One final dilemma related to ADs: If an AD requires any form of alteration to the product for which it is issued, legally speaking, prior aircraft manufacturer approval would be necessary, as S-LSA cannot be altered without this. The manufacturer could simply issue a Safety Directive to transmit the AD (as should be done), include the approval for the alteration, and the problem would be solved. But this isn’t happening.

So it has become readily apparent through all of this that the Condition Inspection itself is only one part of the to-do list for the inspector when looking for unsafe conditions on an S-LSA with the ultimate goal of certifying the aircraft to be in a “condition for safe operation.” When it comes to the continued airworthiness items, the system leaves a lot to be desired. Unfortunately, this reality gives the inspectors no relief from their legal responsibilities prior to approval for return to service. Until the system is refined (or completely overhauled), Safety Directive research, while mandatory, will be unreliable and clunky at best, and separate AD and Airworthiness Limitation research will continue to be essential steps to assure airworthiness.

Next, Advisory Circular guidance should be published to advise the field on acceptable methods to perform Safety Directive research, and provide information on the Safety Directive system in general.

Finally, the FAA should see to it that aircraft manufacturers are making themselves aware of existing and potential unsafe conditions that might already be reflected as ADs, and that Safety Directives are issued to transmit awareness of those conditions to the S-LSA world. Manufacturers need to accept the responsibility imposed upon them by certification rule (FAR Sec. 21.190) to keep track of safety issues affecting all of the installed components in their aircraft manufactured by others, not just the airframe that they, themselves, have produced. To discharge this responsibility effectively, the aircraft manufacturers need to remain in close contact with their vendors of installed components.

Until these changes are made, one of the most unsafe conditions to which S-LSA are exposed might be the very system created to correct them.

EDITOR’S NOTE: Douglas B. Hereford has held an A&P/IA since 1990, having worked in various general aviation maintenance operations, including an engine overhaul shop, airframe manufacturer, and corporate aircraft maintenance facility.  He is a Director of Maintenance for a Part 135/141 operation, and owns and operates his own aircraft maintenance company and Part 145 repair station in Kansas City, Kansas, with customers throughout the region. Hereford is a private pilot, married with two children. He is a full-time fire fighter/paramedic for the Kansas City Fire Department. Reach him at whitefaced@aol.com or 913-461-6038.