Wheeling It To Canada’s Lake Country 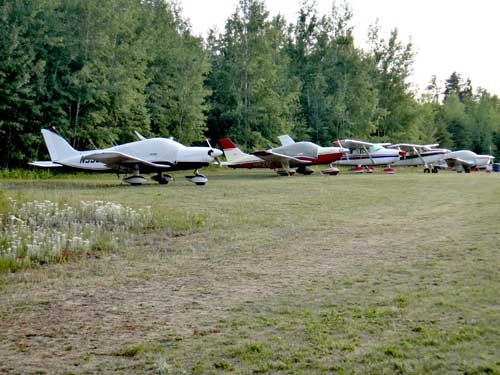 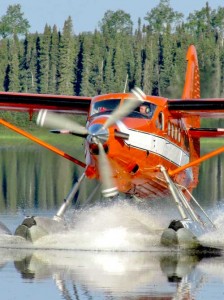 ome pilots think of a Canadian fishing fly-out as flying a floatplane to some remote outpost on some gorgeous, clear water, lake. But unknown to many are the few select Canadian lodges that have their own private airstrips, and which are accessible by both floatplanes and aircraft on wheels. Such is the case with Miminiska Lodge, located 196 nm north of Thunder Bay, Ontario, on the Albany River chain of lakes.

Miminiska Lodge is remote enough that you know you are definitely in the Canadian bush, yet it is close enough to the U.S./Canada border for an easy one-day flight from most Midwest cities. The airstrip at Miminiska Lodge is 2400 feet long by 50 feet wide and features an east/west turf runway (CPS5). 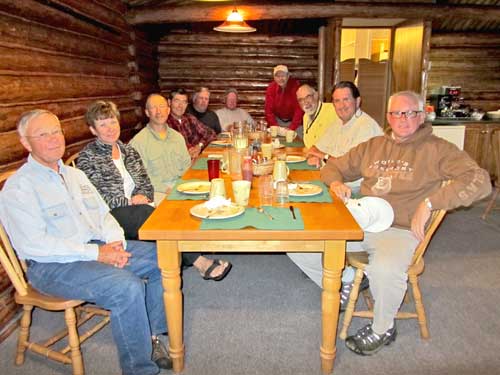 In Canada, you are required to file a flight plan with Flight Service if 25 miles beyond your departure airport, unless a “responsible person” at your destination airport is expecting you, and can contact Flight Service to initiate search and rescue if you do not show up within 1 hour of your ETA. We have found Flight Notification more convenient than trying to contact Winnipeg Flight Service in the air or on the ground in remote locations.

The owner of Miminiska Lodge – Wilderness North – has an office in Thunder Bay, so in advance of the trip, we provided the managers with a complete description of our aircraft, the names of each pilot and passenger onboard, and contact information. Once we were ready to depart Thunder Bay, we made a quick call to Wilderness North and the office manager emailed Miminiska Lodge so the manager there knew when we departed. Once we arrived at Miminiska, the lodge manager emailed the Thunder Bay office and informed its manager that we had arrived safely.

Since there is no “Flight Following” or other radar advisories at low altitude, our group remained in contact with one another on the preferred aircraft-to-aircraft frequency 122.75 Mhz and reported our positions about every 50 miles or so. Departing with the fastest aircraft in the lead, each aircraft was adequately separated from one another.

All but two pilots in our group who filed instrument flight plans, followed Flight Notification procedures again when we departed Miminiska Lodge for Pickle Lake, Ontario (CYPL – 61 nm west) on our return flight home. We then filed VFR flight plans with Winnipeg Flight Service from Pickle Lake to Ely, Minnesota (KELO), where we cleared U.S. Customs. It is important to note that this trip is intended to be flown VFR, although an IFR option does exist, but there are no instrument approach procedures at Miminiska Lodge. Additionally, a minimum altitude of 10,000 feet MSL is needed to even communicate with Winnipeg Center. Even at 10,000 feet MSL, radar separation is not available in the region, so if flying in instrument conditions, you are flying blind in uncontrolled airspace.

The accommodations at Miminiska Lodge have not been compromised by the remote location of the lodge. Guests stay in either one of two chalets with accommodations for 12 people – six in each of the upper and lower levels – with their own private entrances and staircases. A four-suite building accommodates groups of eight. Three four-person cabins offer privacy along the lakeshore. A woodstove supplies heat in the chalets and the four-plex. An eight-plex has electric heat. All buildings are close to the lakeshore and within easy walking distance of the main lodge, docks and the airport. A sauna is located on the beach near the lodge. The lodge is equipped with WiFi Internet, satellite television, a bar, and a pool table.

We had a good mix of people with varying backgrounds again this year. Some take their fishing very seriously, and can advise the more novice fishermen on the best tackle, techniques and bait to use. Two of us were fortunate to catch 39-inch Northern Pikes this year, and the group as a whole caught hundreds of Walleyes, some exceeding 20 inches in length. 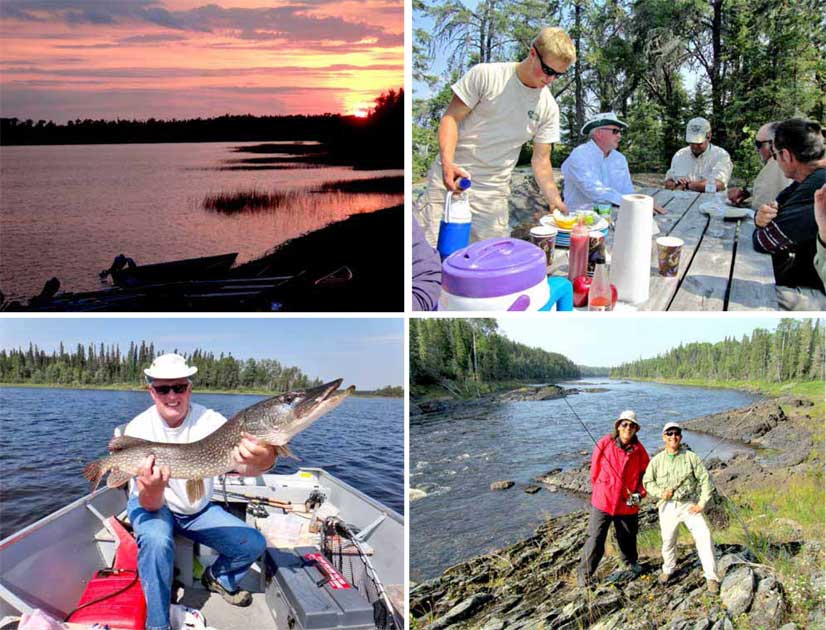 A nice feature at Miminiska is that “fishing guides” are not necessary, and the lodge provides detailed maps of the Albany River chain of lakes, bays and islands that identify the best fishing spots. The “Walleye Mine” continues to be a favorite!

As pilot Mike of Michigan so eloquently stated the day prior to our departure from Miminiska Lodge on Sunday, August 18, 2013,  “it’s not the fishing that makes this trip exceptional…it’s the people that participate.” 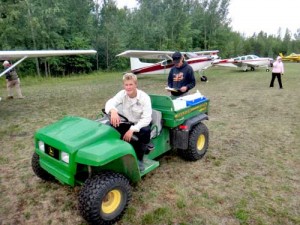 The dates of the 2014 Canadian Fishing Fly-Out will be August 10-13 at Miminiska Lodge in Ontario, and August 11-16 at Elk Island Lodge, in Manitoba. For additional information, email info@MidwestFlyer.com.

DISCLAIMER: The Canadian Fishing Fly-Out To Miminiska Lodge was a service of Miminiska Lodge and its parent company, Wilderness North. The information provided herein or elsewhere was provided strictly as an overview of one pilot’s experience flying from the United States to Canada and should not be relied on for future trip planning purposes. For trip planning, pilots are encouraged to refer to the Canada Flight Supplement, navigational charts, and information available from the Federal Aviation Administration, Nav Canada, U.S. Customs & Border Protection, Canada Customs, Aircraft Owners & Pilots Association, Experimental Aircraft Association, and other sources.