BLAINE, MINN. – The Great Minnesota Aviation Gathering, April 29-30, 2016, was a fly-in/drive-in held at Anoka County – Blaine Airport in the northern suburbs of Minneapolis. Greg Herrick, owner of Golden Wings Flying Museum, hosted the event in his museum and on his ramp, but the Minnesota Pilots Association (MPA) sponsored the event, led by founding member and president, Randy Corfman. 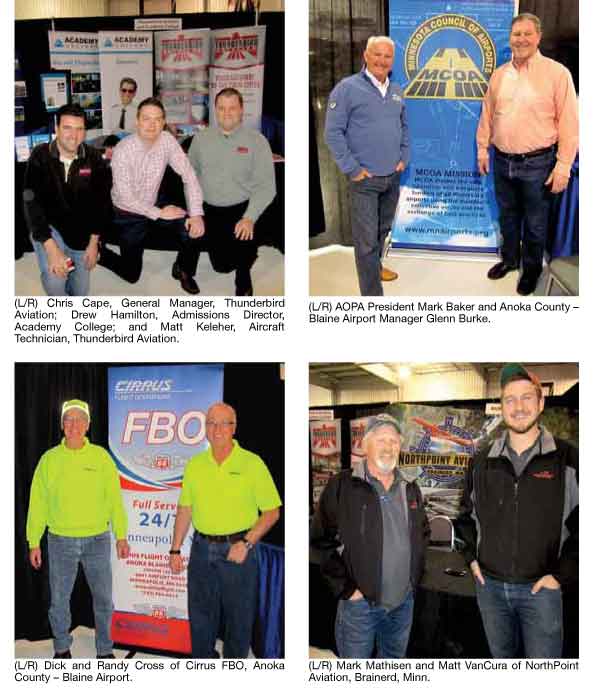 Education is an integral part of the mission of the Minnesota Pilots Association, and sessions at the gathering covered soaring, light sport aircraft, risk and resource management in the cockpit, setting up a flying club at your airport, returning your aircraft to service, a rusty pilot seminar, kit building, air traffic control, engine maintenance and overhauls, an EAA update, aircraft accessories to make winter operations easier and more enjoyable, insuring your aircraft, ADS-B, World War II bombers, a pinch hitter course, the Cirrus Vision SF50 Jet program, medical considerations in becoming an old and bold pilot, reflections on aviation, seaplane flying, and what makes an airport nice and why this matters to visitors.

The mission of the Minnesota Pilots Association is to promote and protect aviation in Minnesota through advocacy, education, outreach and social activities. The founders of MPA firmly believe that a healthy aviation community is an invaluable asset to the state. Members act as the voice of pilots, aviation enthusiasts and supporters of aviation in Minnesota.

MPA President Randy Corfman is a reproductive endocrinologist, aviation medical examiner and pilot who incorporates his love of practicing medicine with his love of aviation. A 5,000-hour commercial rated pilot, he holds instrument, multiengine and seaplane ratings. He flys a Cessna T210 for business travel, and a Piper Super Cub for fun. Corfman grew up near Wichita, Kansas. Check out his “Medical Matters” column on Supercub.org.

To join the Minnesota Pilots Association, go to www.MNPilots.org or email info@MNPilots.org.