Autopilots – Part III How To Use A Flight Director 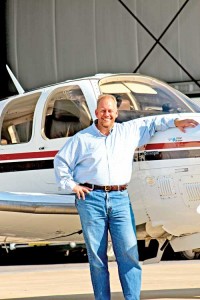 Dr. Scott Heun and his Bonanza. 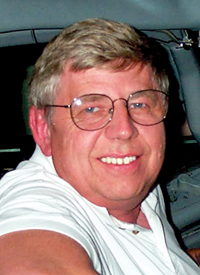 This is the third article in a continuing series I have been writing on “autopilots.” Since beginning this series, I have encountered more issues with malfunctioning autopilots than in the previous 40 years I have been flying with them. Some of these issues were mentioned in previous articles, except for those of Galen Manternach and Dr. Scott Heun, both flight students and customers of mine. I recently finished Scott’s instrument training in his Bonanza, and he needed to do his checkride without any assistance from “George,” a term often used to describe flying on autopilot. 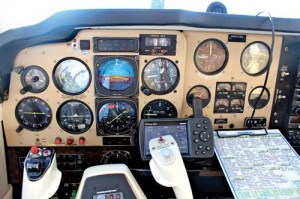 This article is on “flight directors,” and how to properly use them. I will put an emphasis on the King KFC200 autopilot with flight director, because there are so many of them flying in the field, but many others have similar features. Most of the pilots that come to our Beechcraft Pilot Proficiency Programs (BPPP) who have flight directors, do not know how to properly use them. In fact 80 percent do not. The remaining 20 percent who do are mostly professional pilots.

In the professional pilot world, pilots refer to flying an approach in three ways – “autopilot,” “flight director,” and “raw data.” Let me explain.

There are a lot of safety features built into the operation of flight directors and autopilots. A comment I hear quite often is that the autopilot does not always capture the glideslope. So this is what usually causes the problem: the controller vectors you in too tight and too high on the approach to allow the glideslope capture. When the arm light extinguishes and the coupled light comes on, a timer circuit is activated. If the glideslope is intercepted before the timer cycle is completed (20 to 30 seconds), the glideslope will not capture. 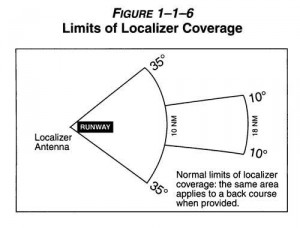 Radio signals have false courses or unwanted signals that are a byproduct of the localizer and glideslope signals. The manufacturer does this to eliminate accidents caused by this phenomenon (see insert from the AIM on localizer structure). Dr. Scott Heun learned the importance of monitoring the enunciator panel for the proper indication during his training as we ended up losing the servo or muscle part of the autopilot part way through his training, but the flight director portion continued to function. Scott did a great job even with this handicap. Congratulations, Scott, on a job well done and an instrument rating now in your pocket!

A flight director can be of great assistance to a pilot during other critical portions of flight as well. For example, takeoffs and go-arounds. Some autopilots have a GA (Go Around) button located on the control yoke or, in some cases, the throttle. When reaching the DH (Decision Height) or MAP (Missed Approach Point), the pilot may execute the missed approach by pushing the GA button. This disconnects all of the autopilot functions except the command bars, which pitch up to the recommended climb angle that is pre-set for each individual aircraft by the manufacturer. The pilot may then select optional functions like heading or navtrac that will direct the pilot to the MAP. By turning on the autopilot switch, the servos will provide the muscle to fly the aircraft once properly set up. Many pilots use the GA function for a take-off, setting the departure path and pitch angle prior to beginning the take-off roll.

Some autopilots with flight directors have a CWS (Control Wheel Steering) button located on the yoke. This button may be used to temporarily disconnect the flight director for the pilot to make small corrections to altitudes or set a path for a descent angle on a non-precision approach. I find most aircraft (75%) have either the GA or CWS button, but not both. Dr. Heun’s Bonanza was fortunate to have both.

I find it fun to teach pilots how to use their flight directors and often cover up the HSI with a “no-peekie,” and have them hand fly an ILS approach using only the attitude indicator/flight director bars and the altimeter to give them the decision height. A pilot can learn a lot from his or her flight director and can master it with usually just a few approaches. If you want proper training on the flight director, I will be happy to work with you when I am not doing a BPPP clinic.

My next column on autopilots will cover GPSS or roll steering that has become the standard of instrument flight. Till then, fly the command bars on your flight director and enjoy a new skill.

EDITOR’S NOTE: Michael “Mick” Kaufman is the manager for the Beechcraft Pilot Proficiency Program and a flight instructor operating out of Lone Rock (LNR) and Eagle River (EGV), Wisconsin. Kaufman was named “FAA’s Safety Team Representative of the Year for Wisconsin” in 2008. Email questions to captmick@me.com.