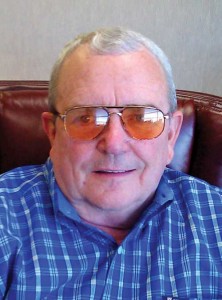 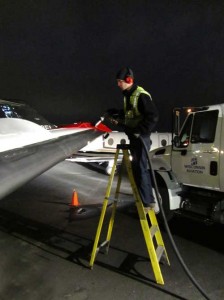 Several months back, I wrote to many of our members and advised them that the Internal Revenue Service (IRS) was auditing our airport and fixed base operation – Batten International Airport in Racine, Wisconsin – over an excise tax issue. If operators sell jet fuel, they probably realize that they are charged a $0.244 per gallon excise tax, which is the over-the-road rate. The excise tax on jet fuel is $0.219. This is the rate operators should charge their customers. The IRS charges us the over-the-road rate and puts the tax money collected into the U.S. Transportation Fund. The money remains in the transportation fund if operators do not apply for a refund of the $0.025 per gallon. When operators apply for a refund, the IRS will send them a check and then move the appropriate amount of money into the Aviation Trust Fund. If operators don’t apply for a refund, the money will never be moved from the general transportation fund to the aviation fund.

In order to receive a refund, operators have to be designated as an “ultimate vendor,” meaning that they are the last vendor to sell the fuel before it is burned. No one else may apply for a refund.

The IRS came up with this idea because they thought that truck drivers were coming to airports and filling up their rigs because the tax was less. (I really don’t think that was a problem.)

Several years after this program started, the IRS came up with a form “Model Q” that they said had to be filled out and signed by each customer. The form stated that the customer would not apply for a refund. During the audit, our airport contacted as many of our customers as possible and got predated Model Q forms signed and returned.

My question is, “why do operators need to have a pilot fill out the form if he cannot be an ultimate vendor?” The IRS did not buy this and said that we had to return all refunds of excise tax since 2008. It would be quite a large amount of money if the airport had to return three (3) years of sales of jet fuel at $0.025 per gallon.

We appealed. During the appeal, I only brought up the question above to the new appeals agent. Finally, the IRS appeals agent agreed that the form was never meant to be used for this purpose. That form is intended to be used in a non-tax situation, such as for airline fuel being delivered by agents like Colt and Mercury. The IRS has said we don’t have to give the money back; we don’t have to use “Model Q” forms any more, and I have closed our audit. The IRS is now issuing a directive to its auditors to cease audits of Model Q forms at fixed base operations.

If your company is being audited for this reason, now or in the future, I will be glad to provide you with copies of our release. Email me at ndmann@battenairport.aero or call 262-631-5620.